Wet feet? Climate change might just be sneaking up on you 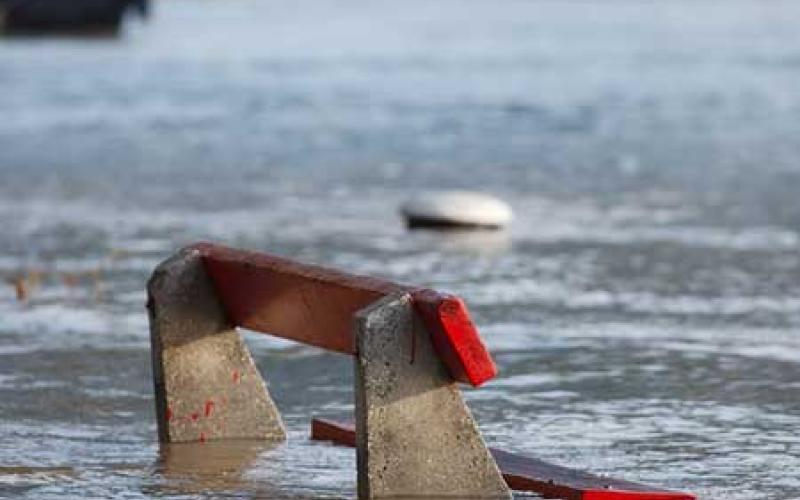 "Sea level rise" is a term typically associated with low-lying islands and well-known vulnerable coastal cities. What is not often discussed is that sea level rise occurs differently from place to place, even within the same region or in similar environments; one coastal city might be more protected from rising sea levels because of local tides, estuaries and basic landscape structures. Why does this matter? One reason is that knowing this helps us understand the diverse and inconsistent effects of climate change. But equally important, it's a reminder to not get caught up in focusing only on the typical stories about climate change's impact on low-lying or far-away places.

For instance, Norfolk, Virginia isn't the first place we think of when we hear sea level rise. But perhaps it should be.

In a recent article published in the Journal of Coastal Zone Management, four scientists took a closer look at what has been happening in the Chesapeake Bay region over the last few decades — particularly in the city of Norfolk. The team combined models that simulated winds and wave conditions, as well as models that examine physical interactions between water and land. This study also used these models and projections instead of relying on observational data, and found that this particular method generated more accurate models of future scenarios.

The models revealed a couple of important takeaways. First, the team challenged the common assumption that sea level rise occurs at a consistent rate along all coastlines. Based on the historical data that they used, sea level rise trends in the Norfolk area actually varied from year to year and season to season. This makes severe weather events more unpredictable for cities like Norfolk. For example, in one of the weather event scenarios, a 50-centimeter increase in sea level put most of Norfolk under water. The U.S. Navy's ships were carried close enough to shore that they became wedged into the soil, and subsequently stranded on dry land after the water receded.

When the baseline sea level has increased, storm events will trigger increasingly larger surges and more dramatic flooding. This alone is a major concern for coastal cities. Even more so for places like Norfolk, which are experiencing sea level rise at a more rapid rate than their counterparts, thanks to variations in tides and wind. However, the second takeaway that the team highlighted is that with higher sea levels, there will be more flooding events and coastal erosion taking place during typical storms, moderate rainfall and wind events, and high tides. The researchers emphasized the importance of using more comprehensive modeling techniques. Without such an approach, the researchers warn that the likelihood and potential effects of flooding may be grossly underestimated.

With more cities vulnerable to climate change than previously believed, misjudging the severity of sea level rise could prove to have disastrous consequences, both in terms of economic loss and potential for human casualties. Norfolk is just one example, but an important one; threats to this city, the home of a major U.S. Naval base, pose significant risks to national security, economic security, and the safety and well-being of all its inhabitants. This study serves as a reminder that seemingly innocuous events like floods reveal a great deal about climate change. There is so much focus on its more dramatic and exaggerated effects like intensified hurricanes, wildfires and droughts, that we're missing the story unfolding right in front of our eyes, and for some of us, right under our feet.