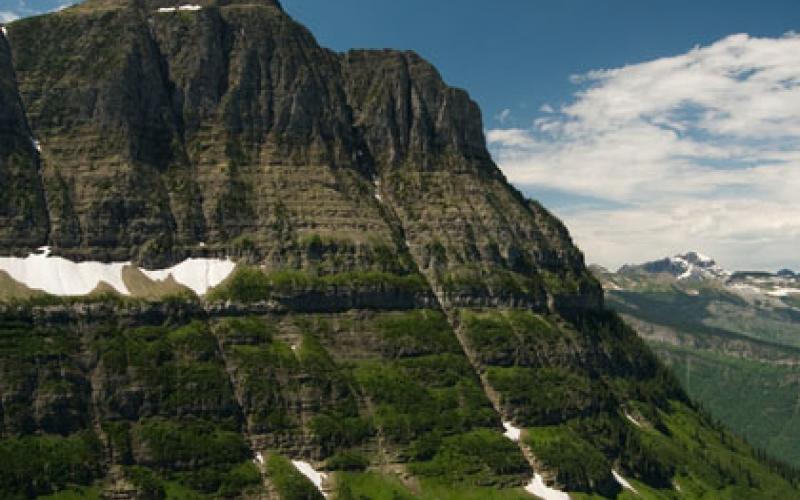 The close boundary between where trees can grow and where they cannot is what makes "tree lines" appear. Tree lines can be seen as sharp divisions between forests and bare rock. They are visible at high elevations and are more pronounced at latitudes near the poles. They occur when the habitats of trees are essentially cut off by cold conditions. It is thought that global warming, then, which is making mountain temperatures get warmer, will allow trees to extend their reach further uphill.

A new long-view study in The Journal of Biogeography reveals that this is not always the case. A team of researchers from institutions in Sweden, Belgium, and the U.K., led by Rik Van Bogaert at Ghent University, has examined the historical trends of tree lines in a near-Arctic forest region in Sweden. The alpine forest area, known to have experienced significant climate warming over the past century, did not show consistent changes in the boundaries of its tree lines. This ran contrary to expectations that climate change would push them all upward. Some tree lines did go higher, but others went downhill, and some stayed the same. The researchers investigated the patterns by using on the ground field research, repeated photographic comparisons, tree-ring data, and historical documentation on the human and animal impacts on the landscape that went back to the 1600s.


In this study, it seemed that the impacts of human activities, like railroad-building and its subsequent abandonment, as well the seasonal presence of reindeer herds, affected forest shapes much more than climate change did. The only factor that could reliably predict tree line blockage was the steepness of the topography. This means that climate predictions in which all forests creep upward do not always hold true, in which case bad future estimations could lead to mismanagement of resources. The causes of tree line dynamics remain poorly understood and require more nuanced studies, as this research shows. It is just as important to know the local history of a place, it seems, as it is to know the general trends of the planet.
Read more regarding:
Climate Change & Energy
Forests
Omar Malik