Siting wind without the negative impacts 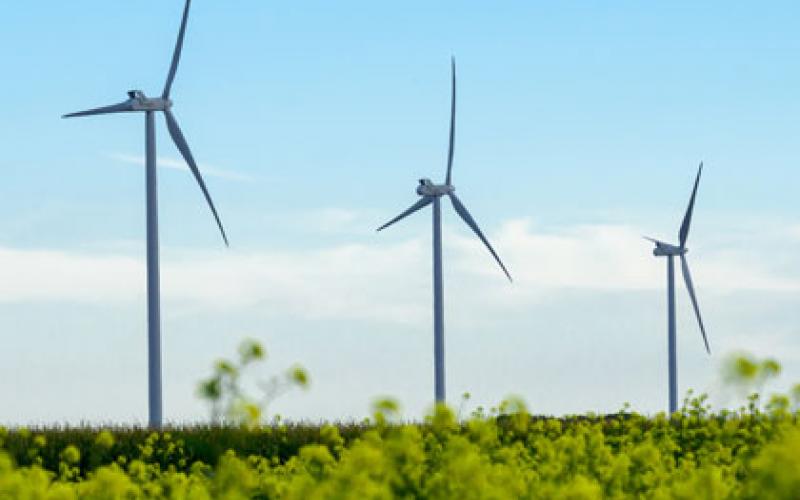 Wind energy is one of the lowest-carbon sources of renewable energy, and the U.S. department of energy has suggested that by 2030, 20 percent of national electricity could come from wind.  However, the placement of wind energy projects can have negative impacts on wildlife, being associated with bird and bat mortalities and habitat loss and fragmentation.  This has caused a bit of a quandary: how can we harness the potential of wind energy to address growing concerns over climate change and fossil fuel dependence without compromising other key conservation goals?


A team of researchers led by Brian Obermeyer from the Nature Conservancy have found an answer to this dilemma.  In an article published in the journal PLoS One, entitled, "Development by design: Mitigating Wind Development's Impact on Wildlife in Kansas," the authors looked at areas in Kansas where wind development should be avoided, how to quantify both the environmental impacts of wind energy and also the potential offsets, or mitigation measures, and how to accomplish the offsetting of those negative environmental impacts.  Overall, they found that proper siting of wind energy development was a significant way to provide clean energy while avoiding, minimizing, or offsetting negative environmental impacts.
This finding was obtained by carrying out GIS analysis with over a dozen pre-existing spatial datasets of habitat, land cover, land use, wind speed, protected areas, roads, transmission lines, wind turbines, soils, and species occurrence, along with performing mitigation cost calculations. In their analysis, the authors advocate an approach called "Development by Design", which represents a landscape-level approach to mitigation that is meant to provide a quantitative method to development while achieving no overall negative impacts for wildlife.
The authors applied this approach to an investigation of potential wind energy development across Kansas to identify areas that would be compatible with conservation goals, areas where offsetting would be required to mitigate negative impacts, and areas considered incompatible with conservation. This identification included key habitats like intact grasslands, umbrella species, or species like the greater and lesser prairie-chickens whose conservation indirectly supports many other species, endangered species like the whooping crane, and areas where wildlife tend to gather, such as bat roosts.

The author's spatial analysis includes such areas as grasslands that remain more than 95 percent intact, as well as areas known for biodiversity significance, like Cheyenne Bottoms – the largest marsh complex in the interior US.  This allowed Obermeyer and his team to outline sensitive or valuable areas where wind energy development should be avoided, and to build in buffer zones, or areas surrounding valuable or sensitive habitat that should also be avoided despite the presence of legal boundaries.  For example, they built a 16 km buffer zone into their analysis of Cheyenne Bottoms, identifying it as unsuitable for wind energy development based on its proximity to the Cheyenne Bottoms marsh and its potential for habitat for whooping cranes and other marsh visitors.
In areas of slightly lesser importance to wildlife populations, the authors calculated the amount and cost of the offset needed to maintain the conservation value of wind energy development in those areas.  For instance, every hectare of wind energy development on a playa, or a seasonal, shallow, clay-lined lake would require that one hectare of high or very high quality playa and three hectares of surrounding watershed and restoration to grass occurred, costing around $12,872 per hectare of impacted habitat.
And yet, by doing a state-wide analysis, Kansas might be able to develop wind energy without worrying about mitigation efforts after all.  After looking at all of Kansas' potential land suitable for wind development and removing the sensitive wildlife areas that should be avoided along with the areas where mitigation efforts or payments would be necessary, the authors found that there were still 2.7 million hectares available for wind energy development, supporting 125 Giga Watts (GW) of electrical capacity.  This is 17 times more than the 7.16 GW needed for Kansas to do its part in the DOE's 2030 goal.
Overall, the findings reveal that it's possible to meet the DOE's goal for wind energy without compromising on critical habitat and key conservation goals.  The results of this study are meant to facilitate ecologically appropriate siting of wind energy development.  This information can be used by developers to reduce or altogether avoid the need to mitigate the negative impacts of wind energy developments by siting projects in areas where mitigation isn't necessary.  Moreover, the authors hope that this type of analysis could be built into a certification to enable ecologically friendly sources of electricity through proactive wind development.
Read more regarding:
Climate Change & Energy
Conservation, Biodiversity & Oceans
Leigh Whelpton