We are losing more than sea ice 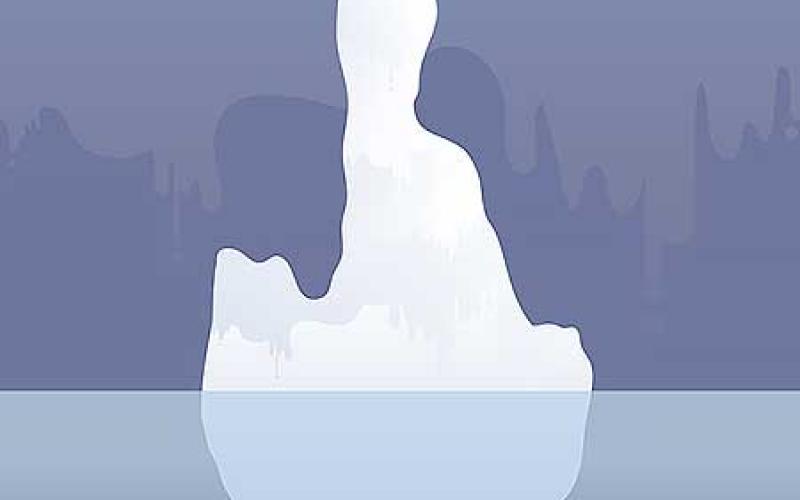 The image of a polar bear floating on a small patch of ice seems to have become the universal poster child for climate change, but the image of disappearing Arctic sea ice only hints at the many other impacts climate change has on our natural ecosystems. As temperature averages steadily creep upward, ecosystems across the North American continent are nudging northward. If we are losing sea ice, what is replacing the system that used to be there? Moving from southern Canada to the Arctic Circle, there are early signs of emerging patterns. The prairie and grasslands of central and western Canada are moving north and replacing the boreal forests. The boreal forests are stretching into arctic tundra territory. The tundra is defenseless against the rising temperature with nowhere to go — sharing the fate of the Arctic sea ice.


In a research article published in the journal, Global Ecology and Conservation, four scientists led by L. Rowland explained how climate change could affect various ecosystems. The team identified challenges and considered strategies for protecting natural areas in the future. This study focused on the Yukon Territory of Canada and was based on climate projections for Alaska and northwest Canada. The study used climate variables such as monthly temperature and precipitation and included descriptions of land cover features.
The team used historical data and future projections to create a model that attempts to understand and predict how the environment will shift. The information from their models was analyzed in three stages, starting from the "baseline" period (which spans from 1961 to 1990) and casting projections from 2030 to 2090.
The scientists divided the territory up based on climate characteristics and land cover. Yukon was divided into 18 groups of climate-vegetation zones, called "cliomes." The study revealed that by 2090, Yukon could lose seven of its existing cliomes, but also inherit a new one. In addition to these complete conversions, the analysis suggests that cliomes in the remaining regions will also experience changes, some of them quite significant.
While Alaska and Canada's boreal and arctic regions share many similarities, the study focused on biophysical changes occurring in Yukon. They include warming temperatures across seasons, resulting in increasing glacier and permafrost melt, advances of trees and shrubs into arctic and alpine tundra, and shifts of species. These changes could trigger a domino effect of ecological impacts. For example, based on the projected changes to the tundra, certain species of caribou, shorebirds, and lemmings could disappear and be replaced by moose, vole, and songbirds. This affects the predator-prey relationships in the ecosystem, which could affect the growth and survival of new tree or shrub species. This could then impact hydrology or the fire regime, and so on.
The general trend that this study revealed is that ecosystems are moving northward because of changes to the climate. As tree lines advance north, plants will encounter different soil and hydrology cycles that will affect their ability to survive and reproduce. Also, insects and diseases can also expand into new regions thanks to increased life cycles and better mobility. The researchers pointed to the expanding range of butterfly species in the boreal forest as an example that is already happening. Increased fire activity and insect epidemics can significantly alter the development of an ecosystem.
Based on these projections, the researchers suggested strategies to respond to or manage the ecosystem changes. First, ecosystem managers need to consider when and where to intervene. Next, managers may prioritize sites for intervention based on the severity of cliome shifts, the uniqueness of the landscape, and the ecological makeup of the region. Active interventions would be assigned to the most vulnerable regions, and passive intervention, observation, or non-interference approaches would be deployed to the rest.
Climate change creates small changes in local ecosystem with cascading effects worldwide. Climate change is not about the lonely polar bear in a vast sea; it is about the small changes that will ripple into a chain of ecosystem-wide impacts. Like the butterflies moving north, what could the beating of their wings trigger?
Read more regarding:
Climate Change & Energy
Forests
Conservation, Biodiversity & Oceans
Christina Stone