Warmer Rain in Alaska Spells Trouble for the Climate 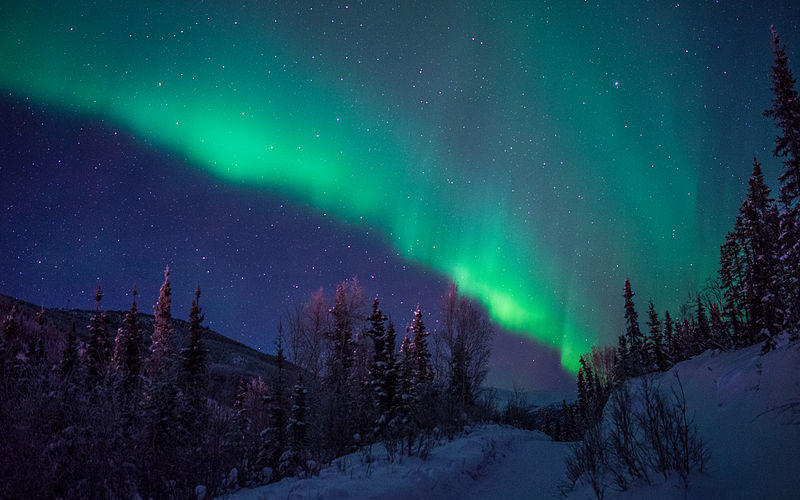 Two words can describe what makes climate change different than almost any other global issue: “feedback loops.” A feedback is an effect of global warming that causes more warming, which then causes more of that effect, creating a terrifying loop. If action to stop climate change is not taken before these cycles begin, then its impacts can grow deadlier, more expensive, and harder to reverse.

One example of a feedback loop is snow and climate change. Snow helps keep the planet cool because its bright white color reflects sunlight back into space. But when the planet gets warmer, less snow may fall, and existing snow can melt faster. Less snow means less energy is reflected back into space. That means yet more warming—and even less snow. A feedback loop begins.

Scientists use computer models to predict the pace and scale of future climate change, incorporating known feedback loops into their calculations. New research published in the journal Geophysical Research Letters has identified an important loop that these models do not yet include: current models underestimate the amount of methane released in polar regions. This is especially troubling seeing as methane can warm the atmosphere up to 86 times as much as carbon dioxide.

As the climate changes, more rain is falling in northern places like Alaska. The authors of the new paper, led by Dr. Rebecca B. Neumann, found that these rains are often warmer than the soil, especially in the spring. The rain warms and melts the permafrost below. Permafrost is ground that remains frozen for years (often centuries or even millennia) at a time. Sometimes, permafrost contains not just frozen soil but also frozen water. When that ice melts, the ground above it can sink and collapse, replacing the previous landscape with new wetlands like bogs.

It is already well known that melting permafrost can release trapped carbon into the atmosphere, increasing greenhouse-gas emissions. What the authors of this study discovered is that when the permafrost is replaced by bogs, carbon emissions are even greater than previously realized. That’s because wetlands are a major source of methane. At the Alaskan research site, spring rains helped the bogs grow bigger and faster, leading to a previously undetected 30% increase in methane emissions. More emissions will mean faster global warming, which will mean more permafrost thaw, leading to yet more emissions—another terrifying feedback loop.

The authors conducted their research at a bog about 18 miles southwest of Fairbanks, where they regularly checked soil temperature, rainfall, methane emissions, and other measurements from 2014 to 2016. On the basis of their findings, they warn that if humans are going to correctly predict and respond to future climate change, then our climate models must include new data about rainfall.

Each time we learn about another previously undiscovered feedback loop like this, it reminds us how much we still don’t know about climate change. What we do know is that many of the new discoveries feel disturbing, bringing bad news about the pace and future of climate change. It is increasingly clear that the problem is worse than we realize. Thankfully, this does not mean that we need to despair—but it does mean that the time for action is now, before even more feedback loops kick in.