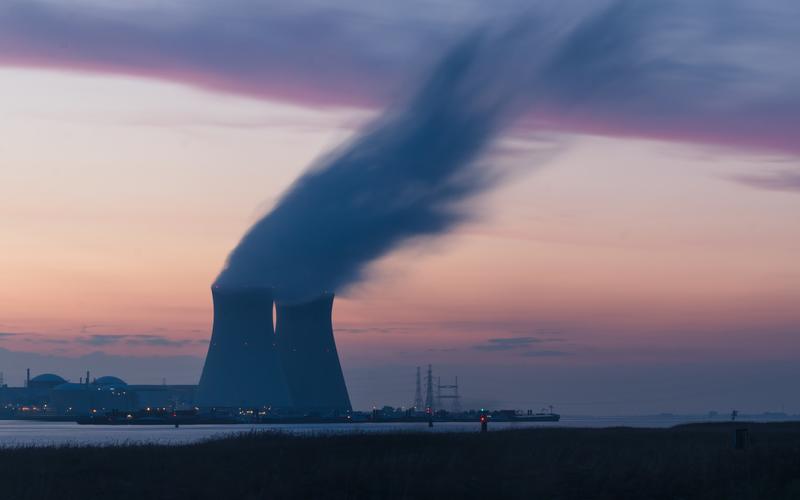 The impacts of our transition away from fossil fuels will be felt primarily by future generations. How then can we factor future costs and benefits into the energy choices we make today? Researchers Robert Barron from the Western New England University and Mary Hill from the University of Kansas are trying to answer this question. They calculated the cost of nuclear power as a strategy for low-carbon energy production in the future and are concerned that the costs are higher than previous research has suggested.

Nuclear energy has always had both appealing benefits and serious drawbacks.  The meltdowns of nuclear reactors in Chernobyl and Fukushima created some of the worst environmental disasters in recent history. Yet, some analysts suggest that nuclear power is also a relatively inexpensive, low-carbon way to produce electricity. Its low-carbon emissions are particularly important in the fight against climate change, as the world looks to transition from high-carbon fuels like oil and coal toward lower-carbon methods of producing power. One study cited by Barron and Hill estimates that the transition to low-carbon energy pathways would be 50% more expensive if nuclear power were not an option than if it were included as a transition energy source.

Because of these benefits and drawbacks, the decision whether to increase reliance on nuclear energy is complex. According to Barron and Hill, to get a sense of the true cost of nuclear power, we need to assess not only the cost of power production now, but its effect on future generations – a time scale not typically considered in most engineering projects. Not only can power plant meltdowns create long-lasting radioactive contamination, but permanent disposal of the radioactive waste that nuclear power plants produce has not yet been achieved by any country.

Because the cost of waste disposal is difficult to assess, researchers have debated what the best way is to measure the costs and benefits of nuclear power. Barron and Hill have created a model that provides a more accurate way of factoring in the costs borne by future generations. To do this, the team closely considers an economic modeling factor called a discount rate. A discount rate of about 5% is common, but it emphasizes near-term costs and downplays future costs. Such a high discount rate is consistent with valuing current or soon to be realized benefits or costs more highly than benefits that we might experience in the future. For example, it is easier to save money for a vacation you know you will be taking this summer, than it is to save for theoretical retirement many years in the future.

To account for the impact of nuclear waste on future generations, Barron and Hill consider two alternative discounting schemes that account for the costs of nuclear power on future generations. This is important, because nuclear power plants and nuclear waste will remain dangerously radioactive for hundreds – if not thousands - of years after they are created.

Using their model, Barron and Hill found that nuclear power is likely to be a far less cost-effective, low-carbon energy source than others had suggested. In fact, their models find nuclear waste disposal to be 2.5 to 4 times more expensive than other models have suggested. These new findings support the argument that nuclear power, despite being a low-carbon energy source, may not be cost effective. With this in mind, more research is needed to determine what role nuclear power is actually capable of playing in a low-carbon future.

Many of today’s major environmental decisions will affect the people of tomorrow. It may be complex to measure the impacts of nuclear power, but we must continue to do so for the sake of future generations.