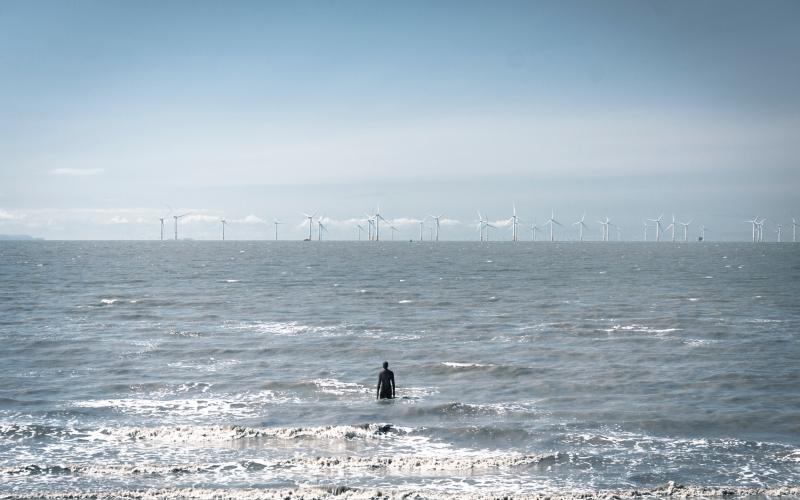 Offshore wind has tremendous potential to become a main energy resource in the clean energy revolution. In Europe, technological advancements and government subsidies have significantly reduced offshore wind construction costs. The U.K. is leading the market with more than 10 gigawatt of offshore wind capacity that can power over five million average households. In contrast, the U.S. has constructed only one wind farm so far, off the coast of Rhode Island. The five-turbine Block Island Wind Farm was completed in 2016 and has a generation capacity of 30megawatt – the equivalent of around 8,000 US households’ power demand. What is keeping US developers from soaring ahead with this technology? One of the reasons is opposition from local stakeholders – or rather the perception of opposition.

In a recent study published in Energy Policy, researchers from the University of Massachusetts Amherst and the University of Rhode Island set out to examine public attitudes towards offshore wind development and found some intriguing results. Offshore wind projects are often met with fierce opposition. Local stakeholders generally claim damage to landscape aesthetics, harm to wildlife, and negative impacts on recreation and fishing industries. However, the researchers found that 80-89% of those surveyed support offshore wind development. Even more interestingly, the study indicates that individual support and one’s perception of others’ support can be at odds. This is called the “individual gap.” NIMBYism (or “Not In My Backyard”) has been the only explanation for this  so far. However, this study suggests that two psychological phenomena also play a role: pluralistic ignorance and false consensus.

Pluralistic ignorance occurs when someone supports an idea or behavior, but incorrectly assumes that the majority opposes it. Pluralistic ignorance can result in a “silent majority” situation, where people are afraid to voice their opinions and show their support. False consensus is the reverse, where a minority overestimates the size of its own group. This mostly occurs when a person’s opinion or behavior is rather unconventional.

The researchers conducted two surveys to determine whether pluralistic ignorance and/or false consensus could explain public attitudes towards offshore wind development. The first was an online survey that involved all New England residents. The second was an in-person survey with visitors and residents of Block Island that focused specifically on the local project. The first study showed an overwhelming support for offshore wind among New Englanders – 93% of the close to 100 people surveyed. However, when asked about their perception of others’ opinion, supporters widely underestimated overall support. They believed only 54% were sympathetic to offshore wind. This was a case of pluralistic ignorance in which supporters overestimated the level of opposition to their cause. On the other hand, a small minority of opponents exhibited false consensus effects and believed that significantly more people opposed the technology than actually reported. The second study specific to Block Island echoed these results.

This research has significant implications for project developers, policymakers and advocates alike. The results show that it is not enough to examine individual opinions about a proposed project.  It is also critical to assess perceptions of support in communities. Developers often interact more with “the vocal opposition” than with the “silent majority”. This can skew their assessment of public attitudes and can hinder project development.  Understanding the psychological and social factors that shape public opinion about emerging technologies such as offshore wind can greatly help developers overcome siting challenges and accelerate the adoption of the technology.