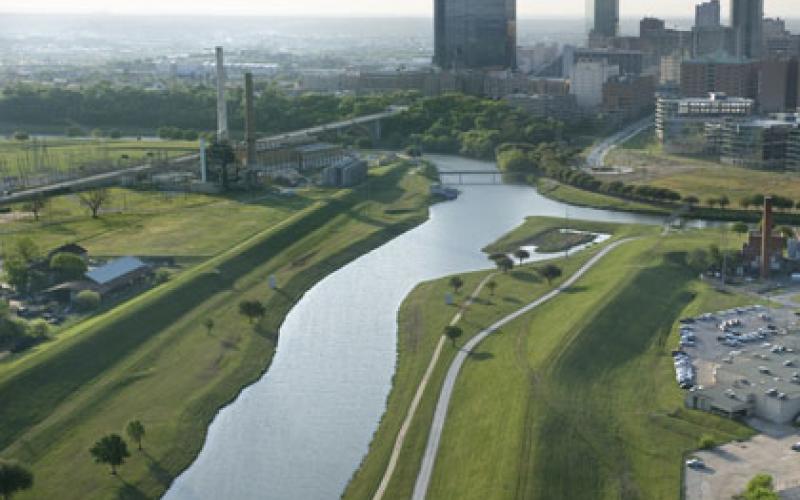 The process of hydraulic fracturing relies heavily on water. In Texas, most of the water that the industry uses presently comes from fresh water sources—from rivers and streams or from groundwater aquifers. These resources are subject to variability because some parts of the state are humid, others are dry, and there are inherent uncertainties in the patterns of rainfall and drought. There are also the added factors of climate change and population growth. Therefore, the speed at which these water sources can be replenished might be limited compared to the usage required by the growth of shale-gas production, depending on how rapidly the industry expands.

Researchers from the University of Texas at Austin have calculated how much water has been used for hydraulic fracturing in the main production areas in Texas. The new report, published in Environmental Science & Technology, looks at three large shale-gas production areas in Texas: the Barnett Shale, the Haynesville Shale, and the Eagle Ford Shale, in total covering about 120,000 square kilometers. The Barnett Shale is the largest producer in Texas and has been of the most significant sources of natural gas in the United States since the 1990s. The other two areas have been drilled more recently but clearly will be increasing their oil and gas production.

The authors acknowledge that there is uncertainty in the projections, depending on the price of gas and the types of technology used in the future. But in any case, the authors suggest that future shale-gas drilling find alternatives, like salty water, which is less ideal for hydraulic fracturing, or recycled water, if present water resources become scarce or of heightened concern. So far, only 5–10% of the water is recycled in the Barnett Shale, and it is not recycled at all in other areas, illustrating that more careful consideration of water resources is already necessary.

This study highlights the need for more nuanced understandings of the water demand from hydraulic fracturing and natural gas extraction. Because Texas has such a long history of shale-gas production and is the largest shale-gas producer in the United States, it's an important place to look for lessons on how to deal with its production elsewhere in the country, and even in other arid regions around the world.