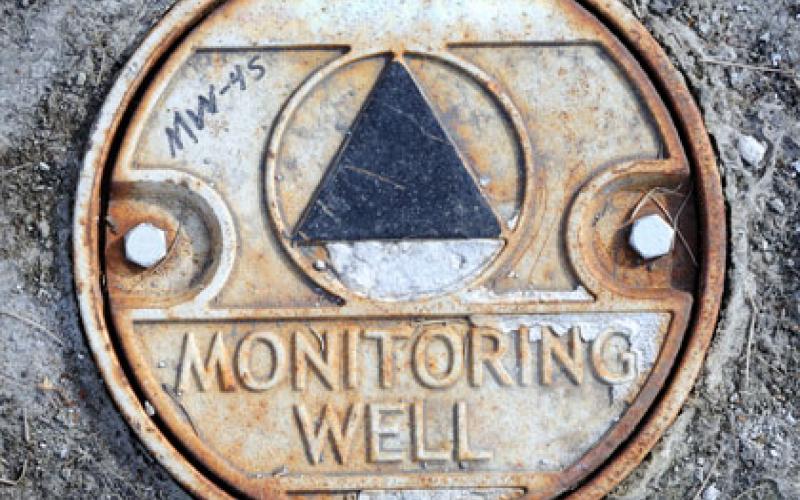 Although hydraulic fracturing and directional drilling shale-gas exploration has rapidly expanded in the U.S., until recently few studies have addressed the science behind the controversial technology. A team led by Rob Jackson and Stephen Osborn at the Nicholas School and Center on Global Change at Duke University sought to evaluate the potential health and safety impacts of hydraulic fracturing and gas-well drilling by examining private groundwater systems and aquifers overlying the Marcellus and Utica shale formations in northeastern Pennsylvania and upstate New York. Jackson's team compared water wells that are within 1 kilometer of active gas wells (active drilling areas) to wells that are not currently associated with gas drilling (inactive areas). In a 2011 article published in the Proceedings of the National Academy of Science, Jackson's team reports systematic evidence for methane-contaminated drinking water as well as other potential environmental risks accompanied with shale-gas extraction.

Jackson's team then sought to understand the origin of the methane detected. Biogenic gas originates at shallow depths from the low temperature decomposition of organic matter by anaerobic bacterial. Thermogenic gas originates deeper in the earth and is developed at higher temperatures and pressure levels than biogenic gas. The presence of thermogenic gas in wells could be indicative of gas that has reached surface levels due to natural-gas extraction. The team discovered that in active drilling areas, carbon and hydrogen isotopes from methane samples are consistent with thermogenic sources; methane samples from inactive areas are consistent with a more biogenic source. To further substantiate these claims, the team also tested for higher-chain hydrocarbons like ethane, propane, and butane often associated with deeper thermogenic gas. Ethane and other higher-chain hydrocarbons were found in most of the water wells in active drilling areas, but in very few of the water wells in inactive areas.

Additionally, Jackson's team used carbon isotope measurements to determine that as proximity to gas wells increased, methane was more likely to have originated from a thermogenic source. The team also took dissolved gas samples from the sites and found that some of the samples taken from active drilling areas were consistent with the natural gas geochemistry of old deposits of thermally mature organic matter 2,000 meters below the surface (as found in the Marcellus shale and northern Appalachian Basin regions)—thermogenic sources. Contrastingly, none of the dissolved gas samples from inactive areas had such geochemistry; most were sourced from mixed biogenic and thermogenic origins. The team also tested whether methane found in the wells originated in shallow ground water as microbial methane, but found more data suggesting that gas was transported upward to the shallow ground water.

Jackson's team concluded that the methane found in water wells near active drilling areas originated as deep thermogenic gas from old thermally mature organic matter.   The team speculated on possible mechanisms for fluid migration that could explain increased methane concentrations in these water wells. They suspect that gas-well casing leaks underground may allow methane to pass laterally and vertically through fracture systems. Another mechanism they suggest is that the process of hydraulic fracturing generates new fractures or enlarges extant fractures, increasing connectivity in the fracture system, where methane can potentially migrate upward. These mechanisms are consistent with the data suggesting the transport of deep methane sources.

Jackson's team also examined whether gas drilling and hydraulic fracturing can potentially contaminate shallow water wells by introducing salty formation brines or fracturing fluids. In the Marcellus shale area, typical fracturing activities inject 13-19 million liters of water per well at high pressure. Most of the water stays underground and could potentially displace deep formation water, which often has high concentrations of toxic or radioactive elements, pushing contaminated water upward to shallow aquifers. Jackson's team measured wells for geochemical and isotopic indicators of potential mixing or brines and saline fracturing fluids in active and inactive areas. The team found no evidence for contamination of shallow wells near active drilling areas and the geochemical and isotopic indicators were all within historic levels and inconsistent with the idea that contamination from hydraulic fracturing was occurring.

Compared to other fossil fuel extraction methods, hydraulic fracturing is minimally regulated federally, being exempt from the Resource Conservation and Recovery Act or the Safe Drinking Water Act. Jackson's team suggests that long-term, coordinated sampling and monitoring of private and public water wells and independent, systematic data on ground water quality should be collected before drilling begins in a region. Better understanding and knowledge of the baseline and ongoing effects of hydraulic fracturing, as well as possible regulation, are needed to sustain the future of shale-gas extraction.