The Road to Energy Security in Jordan and Israel 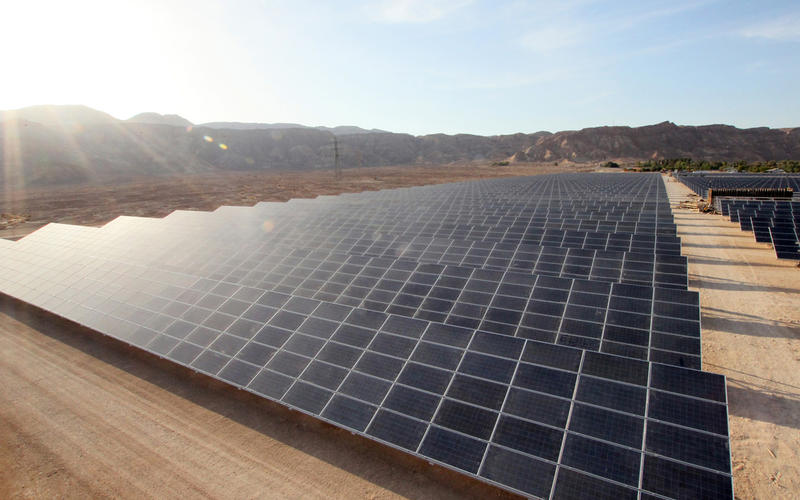 Energy security is essential in the modern world. Contemporary economies rely on steady and affordable energy supplies to meet transportation, electricity and heating/cooling needs. This dependence makes energy security critical to the economic prosperity and well-being of a nation’s citizens. Non-oil producing countries in the Middle East have historically struggled with energy security, creating an opportunity for renewable energy development to provide long-term energy stability for these nations.

The Middle East is known for its oil and gas wealth, but only a subset of Middle Eastern countries has significant fossil fuel reserves. Israel and Jordan have historically been “energy-poor”, relying on imports to meet their energy needs. However, imports are not always reliable because of political instability in the region. This is illustrated by incidents that occurred after the 2010 Arab Spring. In 2012, the new ruling party in Egypt cut off supply to a natural gas pipeline to Israel.  This created a sudden energy supply deficit and rising prices in Israel. Numerous terrorist attacks in 2011 on the Arab Gas Pipeline between Egypt and Jordan resulted in interruptions in energy supply and an estimated 5 billion dollar loss to the Jordanian economy.

Dependence on imported energy has rendered Israel and Jordan vulnerable to political instability with severe economic consequences. While Israel has recently experienced a boom in natural gas extraction, it remains reliant on fossil fuels for the bulk of its energy needs. Jordan lacks any national fossil fuel wealth and is highly dependent on fossil fuel imports. A transition away from fossil fuel imports is necessary for these nations to achieve energy security.

A study from Renewable Energy analyzed the potential for Israel and Jordan to develop renewable energy based on the existing technological, geographical, and political landscapes. The researchers discuss how energy generation can be decentralized, with wind turbines and solar power generation facilities spread out across the landscape, so that energy sources are less vulnerable to international conflict. Geographically, both Israel and Jordan are well suited for renewable energy development. Israel is located in the ‘solar sunbelt’, a zone with one of the highest rates of solar exposure in the world. Jordan is adjacent to Israel and has ideal weather conditions for both sun and wind energy generation.

Currently, renewable energy represents only four percent of the energy portfolio of both Israel and Jordan, but both countries have begun developing strategies to increase the amount of renewable energy they can produce. New transnational renewable energy projects could open the door for collaboration and help increase political stability through international cooperation.

The study had a number of policy recommendations to support the legal, financial, and institutional transition to renewable energy in Israel and Jordan. A primary suggestion was to subsidize renewable energy research so the technology can be accessible and affordable. Another key policy that the researchers highlighted is decreasing the subsidies to natural gas and oil and increasing the subsidies to renewable energy sources so they can be cost-competitive with fossil fuels. Lastly, the researchers emphasize the need to effectively connect renewable sources to the grid so that energy can be effectively distributed to residents.

While transitioning to renewable energy is important to decarbonize the global economy, it is also important for energy security in the Middle East. The potential for renewable energy development in Israel and Jordan presents a pathway to future energy independence and security.