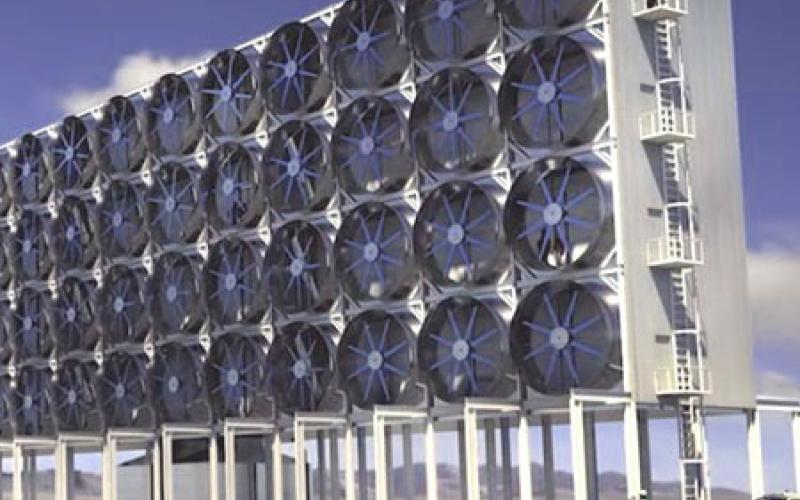 Current and projected trends of carbon dioxide emissions show a decreasing likelihood that the world will meet the desired 2°C warming target unless more ambitious action is taken now. This realization has renewed interest in greenhouse gas removal (GGR), a suite of technologies that extract greenhouse gases from the atmosphere through either enhancement of natural carbon sinks or creation of new sinks, as defined by the UN Intergovernmental Panel on Climate Change (IPCC). GGR, in its current form, was introduced by the UK Royal Society in 2009 as part of a wider geoengineering solution to reduce emissions.


But by framing the technology as a geoengineering strategy — the sometimes controversial notion of deliberately altering planetary systems to offset climate change — it paralyzed development and support for what is increasingly seen as a viable and useful solution. But before GGR becomes a lost opportunity, efforts are underway to reframe the policy approach to GGR so as to fully realize its potential benefits.
Understanding how to reframe the policy approach requires understanding the current state of development and future avenues of opportunity for GGR. In a recent study, researchers from Imperial College London and the University of Exeter conducted 12 interviews with experts and stakeholders from diverse groups to trace the trajectory of the technology and to develop a cohesive picture that does not rely solely on the academic literature. Combining these conversational and academic insights, they developed four high-level policy strategy recommendations to help move the sector forward.
The historical resistance to GGR began when it was framed as a geoengineering strategy at the multi-gigaton scale. In this context, any assessments emphasize technical uncertainties and global-scale risks that encourage regulation invoking the precautionary principle; such measures must balance the risks of GGR impacts with the risks resulting form failure to adequately develop the technologies. Current discussions instead seek to shift GGR to an "emissions offset" position within larger mitigation strategy frameworks, resulting in reduced human-caused emissions. Full inclusion of GGR within this framework will require robust integration into national accounting of emissions. Though integrated assessment models (IAMs) are historically used in international climate change discussions for emissions forecasting and support GGR within this framework, the authors caution against using IAMs alone as bases for policy development.
Among the different GGR technologies, several have greater near-term potential than others. Some are expected to become more realistic options during the latter half of the century based on the state of research and development (R&D) or compatibility with current policy frameworks, among other factors. The authors find that policy framework development and investment in R&D now will be crucial in preventing "lock-out" of GGR technologies. This is the corollary of "lock-in" of fossil fuels, which benefits from technological, political, social, and infrastructural development that perpetuate fossil-based systems in favor of more desirable alternatives.
Using this information the researchers suggest policy strategies upon which to build the future of GGR. They include: support deployment of near-term opportunities while supporting R&D of other GGR approaches; commit to formal integration of GGR into emissions accounting and policy frameworks; and build system flexibility to avoid lock-out. To have a chance at meeting international carbon emissions and temperature targets, they say, GGR technologies must be a part of the solution.
Read more regarding:
Climate Change & Energy
Alex Co