Reducing the land use impact of solar energy – a triple win for climate, agriculture, and biodiversity 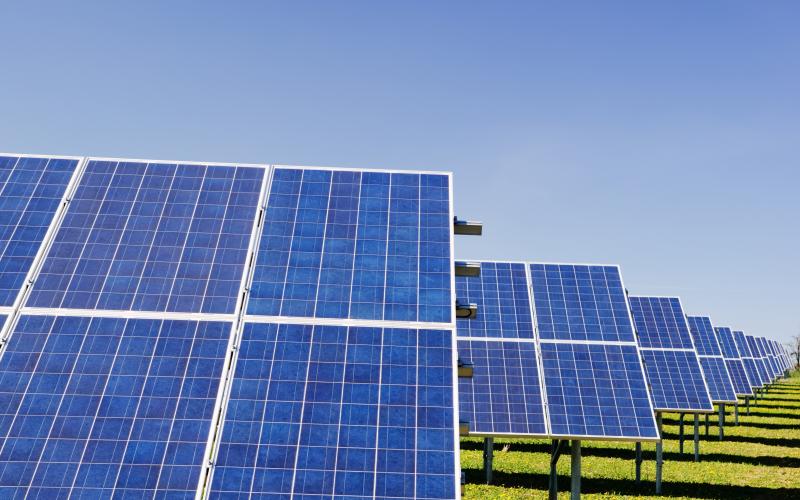 Solar energy is a powerful force of good. It has the potential to mitigate climate change, reduce air pollution, expand access to energy for all, and contribute to global economic well-being. The land use impacts of solar energy, however, are understudied. Research shows that by 2040 in the US, an area larger than Texas will be impacted by energy developments, including solar. As states push for more renewable energy, developers must consider the environmental and land use impacts of this so-called energy sprawl – the increasing land use footprint of energy development.

A recent study published in Environmental Science & Technology examined the use of non-conventional land cover types for solar siting. The researchers – hailing from UC Berkeley, UC Davis, and the Lawrence Berkeley National Laboratory – identified four such land types: the built environment, salt-affected land, contaminated land, and water reservoirs. Each of these land cover types has the potential for creating synergies between solar energy development and ecosystem conservation.

The Great Central Valley of California served as the case study for this research. The region is a perfect example of prime agricultural land – an all-year round productive area, it produces over half of the country’s fruits and nuts. The Valley’s landscape is also rapidly changing with expanding agriculture and urban development.

It is worthwhile to examine the characteristics of each of the non-conventional land cover types. The built environment –  rooftops, carports and other impermeable urban surfaces – are usual suspects for solar developers.  Salt-affected areas can be the result of either naturally occurring high concentrations of salt or sodium, or the result of poor irrigation and farming practices. While the salinization of soils is an increasingly pressing ecological concern, it also presents an apt opportunity for solar.

Contaminated lands include brownfields and Superfund sites, which are land areas previously designated for industrial use that contain remnants of pollutants. These sites often sit idle for long periods of time, have low economic value and – due to the likelihood of lingering toxicity – can be challenging to cultivate. However, these toxic wastelands can offer some of the best low-impact sites for solar energy.

Floatovoltaics are some of the most intriguing pieces of this research. It is what it sounds like – solar panels floating on top of water bodies. Besides harnessing the power of the sun, these floating panels can even aid with aquatic life. The panels can help decrease evaporation and algae growth by reducing light exposure and lowering water temperatures, while also improving the efficiency of the panels. But research on these technologies is still nascent and the risks need to be further studied.

Using satellite-based solar radiation models, the researchers first identified the potential for utility-scale photovoltaic (PV) and concentrated solar power (CSP) in the Valley. Overlaying the radiation models with the four land cover types, the researchers could then identify the areas available for PV and CSP development on each of these non-conventional surfaces. They found that altogether over 8,000 km2 are available as land sparing opportunities for solar (the equivalent of three times the size of Rhode Island). This could yield over 17,000 TWh per year for PV and over 2,200 TWh per year for CSP. This is equal to meeting the projected 2025 electricity needs of the entire state of California 13 and 2 times over, respectively.

As we move toward a decarbonized future with more and more solar coming online, we need to keep in mind the land use impact of our energy development. This study offers great insight into some ways we can achieve the dual objective of providing clean electricity and preserving valuable land for food and wildlife.