Produce or preserve? Examining the biofuel vs. reforestation debate 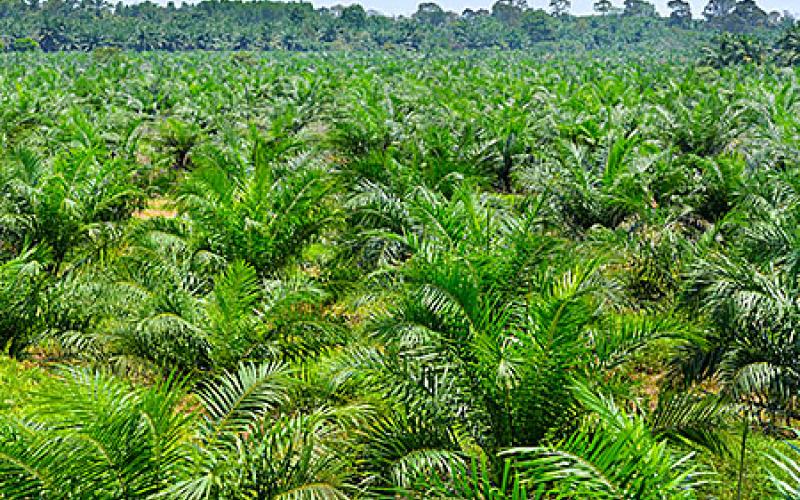 It is currently unclear how to best use land to reduce atmospheric greenhouse gas (GHG) concentrations. Specifically, there is strong disagreement as to whether producing liquid biofuels or allowing forests to regrow on patches of degraded land has lower associated GHG emissions. Differences across characteristics of both bioenergy crops and ecosystem type have ultimately made past findings anything but conclusive.


A recent study published in Environmental Science & Technology explores the variation in bioenergy production versus reforestation scenarios by analyzing more than 200 existing scientific studies. Researchers from the University of California at Berkeley looked at combinations of five bioenergy crops (sugarcane, corn, Miscanthus, switchgrass, and oil palm) and two forest-regeneration schemes (natural and active) to identify trends in which one land use option may outperform the others. Their results suggest that, in contrast to earlier beliefs, regenerating forests may have lower associated GHG implications than bioenergy production.
The researchers compile results from two types of studies. The first type quantifies the amount of atmospheric CO2 removed by tropical and temperate forest biomass through the process of photosynthesis. The second type reports reductions in GHG emissions from substituting biofuels for liquid fossil fuel consumption. Combustion of biofuels is considered carbon neutral since their CO2 emissions equal the atmospheric CO2 taken up during photosynthetic processes. Thus, substituting biofuels for fossil fuels theoretically reduces GHG additions to the atmosphere. By compiling results from numerous studies, the authors establish ranges of potential GHG reductions for each land use option.
After comparing the findings, it is apparent that potential GHG reductions are highly variable across biofuel feedstock, forest recovery method, and climatic region. Within the tropics, oil palm production for biodiesel has the lowest associated GHG reductions, while active reforestation of forests has the highest. The GHG reductions from sugarcane ethanol and natural regeneration of forests are more moderate, ranking in between those of oil palm and active reforestation. The findings suggest that, of the four options, active reforestation may result in the most significant CO2 reductions for tropical regions.
For the land-use options considered in temperate climatic regions, the opposite is true. Production of ethanol from Miscanthus has the highest GHG offsets, despite an overlapping range with that of active reforestation. Ethanol from corn production performs the poorest (even compared to oil palm biodiesel), and switch-grass and natural reforestation GHG reductions are moderate. The findings for temperate biofuel crops highlight an important distinction when examining biofuels – that of first versus second generation biofuels.
First- and second-generation biofuels differ in the type of crop (feedstock) that is used to produce the biofuel. Sugars and vegetable oils from traditional food crops are used for first generation biofuels, while vegetative matter (i.e. Miscanthus or switchgrass) is used for second-generation biofuels. In the study discussed here, the sugarcane, corn, and palm oil are representative of first generation biofuels, while the Miscanthus and switchgrass are representative of second generation biofuels. The difference between the two types of feedstocks is important in the biofuel vs. reforestation debate, largely due to the competition for land that exists between first generation biofuels and food production.
Despite accounting for a wide range of biofuel and forest recovery options, the researchers note several limitations to their study. Most importantly, changes in soil carbon stocks are not considered in the analysis since soil carbon changes from reforestation or bioenergy crop production are heavily under-researched. For more comprehensive understanding of the GHG implications of land-use change, particularly over longer time scales than the 30 years considered in this study, further research on soil carbon changes on biofuel croplands is needed.
While the article does well to reveal the highly variable GHG implications of land use options, the authors note that climate change mitigation is not the only consideration when deciding between land use options. The presence of biodiversity and other important ecosystems must be included, particularly for biodiverse "hotspots" commonly found in the tropics. Through further research on biodiversity, loss or gain of ecosystem services, and filling the GHG mitigation research gaps identified here (e.g. changes in soil organic carbon), the full environmental impacts of biofuel production vs. reforestation will be better understood.
Read more regarding:
Climate Change & Energy
Forests
Jacob Bukoski