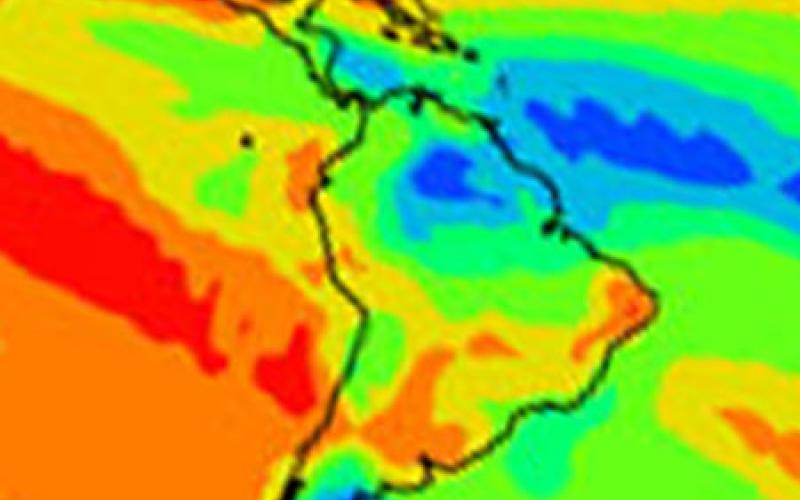 High-performance climate models, while instrumental in projecting the severity of climate change, are still being refined. A recent study published in the journal Environmental Research Letters re-examined the Intergovernmental Panel on Climate Change's (IPCC) most fundamental predictive climate models to account for carbon-nutrient dynamics — specifically those of nitrogen and phosphorous (N&P) — in global forest growth and loss.


The IPCC is currently the leading scientific body on climate change. At the heart of the IPCC's work lies their development of Representative Concentration Pathway (RCP) models, which map out how severe or mild climate change may be under multiple scenarios of global development. Scenarios are provided for various degrees of additional warming (in units of increased solar radiation per unit area) that might be expected under different levels of greenhouse gas emissions. For example, the high-end RCP-8.5 scenario represents an increase of 8.5 watts of solar energy received per square meter of the earth's surface due to rapid economic development.
One of the major factors that determine the degree of warming for each scenario is the ability of forests to sequester atmospheric CO2. Current RCP models only account for carbon dioxide availability, temperature and rainfall to predict future forest growth. Researchers from the Commonwealth Scientific and Industrial Research Organization, the Beijing Normal University, and the University of New South Wales point out that such a view is not fully representative of the nutrient requirements for plant growth. Specifically, N&P are both essential for plant growth and not distributed equally across the globe. The spatial variation in N&P may ultimately influence global forest growth.
It is believed that higher atmospheric CO2 concentrations and average global temperatures will promote greater forest growth. The improved plant growing conditions in the northern regions of the world will theoretically offset a significant proportion of future anthropogenic CO2 emissions. However, the absence of N&P in those ecosystems might produce a starkly different reality. The team of researchers has consequently examined the limits that N&P availability may have on global forest growth under the IPCC's RCP scenarios.
The authors examine two RCP scenarios that are representative of extensive future forest growth and forest loss — the RCP-4.5 and RCP-8.5 scenarios, respectively. Their results reveal that accounting for N&P limitation produces much more moderated future forest growth. In the case of the high forest growth scenario, the refined model shows that the benefits of reforestation are less than currently believed. Only 62 percent of the previously thought atmospheric CO2 sequestration is projected to occur. On the contrary, the more moderated forest growth implies that less CO2 will be stored in forests between today and 2100, and thus the projected emissions from future deforestation are 22 percent less than previously projected.
The findings are significant for future approaches to land-use based climate change mitigation. While some have proposed that expanding forests in the temperate and boreal zones under higher CO2 levels and warmer average temperatures will be important for reducing atmospheric carbon dioxide concentrations, such a possibility may not exist due to limitations of N&P availability. The authors conclude that due to N&P limitations on potential future forest growth, conservation of existing carbon-dense tropical forests is a more robust strategy for offsetting carbon emissions than relying on future forest expansion in the temperate and boreal regions of the globe.
Read more regarding:
Climate Change & Energy
Forests
Jacob Bukoski