A Local, Sustainable and Democratic Economy: An Alternative to Capitalism 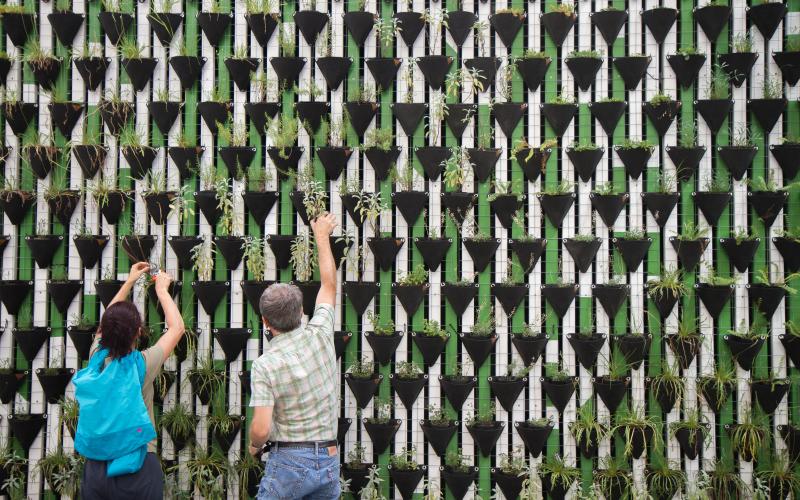 Currently, the US produces 1.2 billion pounds of dairy products that are put to waste. Much of that waste is polluting nearby waterways and the excrement of cows contributes to climate change. Tanzania exports a massive amount of fish to Europe, which leads to overfishing and degradation of the environment while many locals are starving. How can we address these too-common situations of unfair distribution and burden on people and nature? Researchers are looking to address this question.

Rhydian Fôn James from Bangor University and Molly Scott Cato of Roehampton University, UK, published an article that proposes an alternative to capitalism that is regional, participatory and sustainable.  This new economy would be based on bioregions, areas defined by people, nature and geography. We are used to living in regions defined by political boundaries, whereas bioregions are defined by ecosystems, culture and resources that people need to survive. A bioregion would have a variety of natural resources, namely water, farmland, minerals and forests, so that people can be self-sufficient.

There are many nations that are wealthy in resources but do not own them or take advantage of them.  For instance, in many countries in Asia, Africa and South America the lands are concentrated by few and used for extraction and exportation. In the bioregions, local resources such as mines and farmlands would provide food and resources to local communities. International trade would be restricted to when local needs could not be met due to the specific climate, geographical and environmental circumstances.

James and Cato also propose that the decisions of how to distribute resources in the bioregions should be made collectively by citizens. This is called direct democracy. In theory, it would give people authority and incentive to not deplete their land. The researchers also suggest that regions should assist each other in effectively self-regulating by maintaining constant communications and sharing information on failures and successes.

New technological tools have made direct democracy viable. An example of successful direct democracy occurred in Iceland, which managed to create a crowd-sourced constitution online, with direct input from society. The crowd-sourced constitution brought power back to the people after the economic crisis in 2008 and the mistrust and disconnection with governments that followed.

Overall, there are many obstacles to implement this theory, but it is a positive step towards thinking of viable alternatives to our current society. The groundbreaking innovation in Iceland creates hope that governments can be more participatory and personalized. The internet brings enormous transformation and makes it possible to give direct power of decision-making to the people and could be similarly applied to more sustainable and equitable resource distribution. With the correct structures, intentions and regulations, this idea can be eventually be implemented globally to achieve a more democratic and sustainable economy.