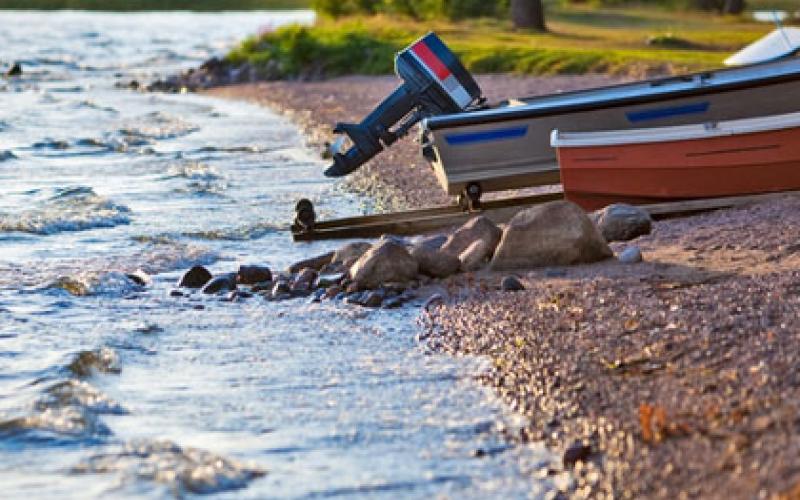 Communities that live around national parks often benefit economically from tourists and recreational visitors who need hospitality, food, entertaining activities, and souvenirs. Yet the level of economic benefits enjoyed by these communities can vary.  A team led by Ashley Selby from the Finnish Forest Research Institute explored local entrepreneurs and decision makers' attitudes towards the tourism sector. The team surveyed and categorized entrepreneurs and local decision makers near three small national parks of different ages in Finland: Linnansaari, the oldest; Seitseminen, the middle-aged; and Repovesi, the youngest. In an article published in Forest Policy & Economics, the team discussed the interplay between how entrepreneurs perceive or respond to business opportunities and how local policymakers encourage tourism.

Selby's team surveyed entrepreneurs to determine what they thought of growth and new ventures and inter-firm cooperation. The team used this information to sort entrepreneurs into groups: adapters, adopters, and satisficers. Adapters use relevant business-related information to make well-grounded decisions about efficiency and expansion. Adopters are less informed and less skilled in using business-related information to make decisions, often choosing instead to copy the actions of successful adapters. Satisficers—business owners who do not place economic rewards as their goal, but instead pursue lifestyle rewards—often settle for a satisfactory return on labor and capital instead of profit maximization. Satisficers tend to be small or very small business owners—the category of business owner most common in areas adjacent to Finnish national parks. Selby's team found this group to have little or no interest in starting new businesses.


The community that has benefitted the most from national park tourism, that surrounding the oldest park, Linnansaari, has a strong group of adapter entrepreneurs, indicating that this community can recognize niches for new business opportunities. Conversely, the dominance of satisficers in communities near the newest park, Repovesi, implies that entrepreneurs are not seizing business opportunities provided by the rapid increase in visitors since the park's recent establishment. Correspondingly, visitor spending and satisfaction there are relatively low. Visitors want more goods and services when visiting Repovesi, but are unable to find them, or find them at an unsuitable quality. Indeed, where there are four enterprises per 1,000 visitors to Linnansaari, there are only three enterprises per 1,000 visitors to Repovesi. Yet, since satisficers are so common near the relatively new Repovesi, the entrepreneurs who live in this area will likely need external stimuli to encourage tourism business growth. This is an example where policymakers can use their knowledge of areas where there are satisficers with little or no desire to develop further tourism to pursue policies to attract new tourism enterprises to the area.
Selby's team also interviewed local decision makers to determine how they valued the tourism sector in their town and which tourism promotion policies they valued. Local decision makers, although usually supporting tourism, preferred to support it alongside other sectors, especially industrial enterprises. While most decision makers considered the adjacent national park an important element of the area's image or identity, this opinion was more commonly held by those who lived closer to Linnansaari, the oldest park.
Decision makers were sorted into three groups based on their attitudes towards their preferred policy instruments—ways and means—of supporting the tourism sector. Decision makers who support lowering the new enterprise threshold encouraged developing new tourism businesses, but had a relatively poor understanding of which policy instruments can encourage new businesses. Selby's team describes this group as "paying lip service" to the tourism industry. On the other hand, decision makers who support business infrastructure and funding sought more practical means to aid the tourism sector than the first group. This group sought to lower the enterprise threshold, aid businesses with financing schemes, and create an enterprise support and funding infrastructure. Lastly, decision makers who support existing enterprises understand what is required to develop the tourism sector by using financial schemes, building infrastructure, and encouraging inter-firm cooperation.
The support for existing enterprises group was the most common among decision makers in towns adjacent to the three national parks. It was by far the most common group adjacent to the oldest national park, Linnansaari, suggesting that local decision makers may no longer think new tourism enterprises are needed in their area as opportunity niches may have been filled already. Conversely, there were more decision makers who supported lowering the new enterprise threshold near the younger parks, Seitsammen and Repovesi, suggesting that these decision makers know that niche business opportunities exist near their community, but are not yet knowledgeable enough about tourism to support specific policies or instruments.
In the middle-aged park, Seitsammenen, half of the decision makers in this area supported existing enterprises, which may help local economies by provoking some of the adopters to become adapters. This may be a helpful economic tool for Seitsammenen, where only 10% of the entrepreneurs were adapters. Without this tool, the many adopters near Seitsammenen have few innovating adapters to get new ideas from, leading to business failures as adopters imitate other adopters.
The areas examined in the study were socioeconomically similar, and it would appear that differences in entrepreneurial savvyness may be due to age of the parks. However, numerous studies have shown that regional and urban vs. rural variations in competitiveness and problem-solving techniques may account for the differences.  Regions with strong entrepreneurial sentiments will teach children these traditions, maintain and circulate and cumulative business spirit in an area. Nonetheless, regional differences depend on key actors—entrepreneurs and policymakers—who can build and strengthen economic activity. By becoming more knowledgeable about the attitudes of entrepreneurs and opportunities, these key actors can strengthen the tourism sector in their area.
Read more regarding:
Policy & Business
Land Management & Land Use
Liz Thomas