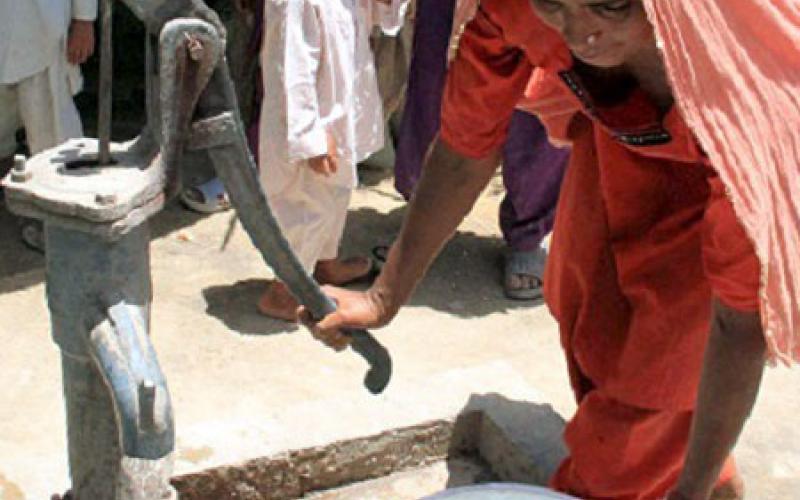 Climate change does not bode well for health outcomes. In fact, environmental health researchers find that it will overwhelmingly lead to adverse health outcomes across the planet. Vulnerable populations — such as the poor, elderly, and those living in certain geographic regions — are expected to face the greatest health burden. Interdisciplinary collaboration is needed to ensure health concerns are considered in mitigation and adaptation planning. Ultimately, climate change poses both a threat and also an opportunity to recognize co-benefits for health and environmental outcomes.

These were among the findings from a recent state-of-the-science review published in Annals of Global Health. State-of-the-science reviews are intended to provide a snapshot of the current knowledge about a certain topic of global importance. The review was led by University of Wisconsin-Madison's Jonathan Patz, who served more than a decade as a lead author for the United Nations Intergovernmental Panel on Climate Change (IPCC). His three-person team included experts from UW-Madison's Global Health Institute, the Nelson Institute Center for Sustainability and the Global Environment, and Population Health Sciences Department.

The health consequences of climate change are complex, in part because they arise from direct and indirect exposures. The authors' review focuses on the major groups of anticipated health effects from risks such as air pollution, natural disasters, infectious diseases and extreme weather events. Their findings are presented succinctly, despite the frequently staggering health implications.

On the whole, the authors explain that heat events are the most deadly type of extreme weather events in the U.S., and currently pose one of the greater threats to public health. The human costs of these events were seen during the 1995 Chicago heat wave and the 2003 European heat wave. The former claimed approximately 600 lives over five days, while the European event claimed 40,000 lives during a two-week period. A grim outlook emerges when such results are coupled with forecasts from climate models that predict measurable increases in the frequency of very hot days (exceeding 100 degrees F) and increased probability of record-breaking heat waves. Mitigating and adapting for extreme heat events is a public health imperative.

Similarly, rising levels of air pollution pose a significant health risk, particularly at the international level.  The primary agents of concern are particulate matter and ozone, both of which are responsive to increases in temperature. According to global epidemiological analyses, ambient urban air pollution composed of particulate matter and ozone caused 3.2 million premature deaths in 2010.  In addition to these components of urban air pollution, natural air contaminants are also likely to increase due to climate change. For example, pollen-producing plants, such as ragweed, may experience lengthened seasons. This would lead to higher concentration of pollen in the air, which is turn would trigger respiratory responses such as asthma.

The authors describe the range of effects expected as a result of climate change, each with its own set of serious health implications. They then provide an overview of the potential responses to climate change. Importantly, this begins by establishing a common language and relating climate science terminology to common health sector practices. Specifically, mitigation corresponds with primary prevention and adaptation to secondary prevention or preparedness. Hospitals and emergency responders can minimize deaths and health impacts from severe events by improving preparedness. They also identify "vulnerability assessments" as essential for identifying populations most at risk. And they discuss the role of health surveillance systems as a means to detect outbreaks of certain diseases. These mitigation and adaptation measures are not frequently at the top of climate scientist priorities, yet they have significant implications for public health, the study finds.

Conversely, they find that  many adaptations and mitigation measures are good for both the environment and health.  Sustainable community design is one example of a response that provides such co-benefits.  Such design encourages an active lifestyle and walkability, which reduces human dependency on cars. The co-benefits are reduced fossil fuel emissions, along with increased physical activity and reduced exposure to air pollution. According to their findings, economic analysis shows that climate change mitigation could mostly be compensated by health gains from reduced air pollution.

Sustainable community design is a prime area for collaboration between experts from the fields of climate science, health, and urban planning. This serves to underscore the need for interdisciplinary collaboration in order to realize the co-benefits for environment and health. Importantly, such collaboration provides an opportunity to leverage often scarce resources and also build greater momentum around developing and implementing climate change mitigation and adaptation.