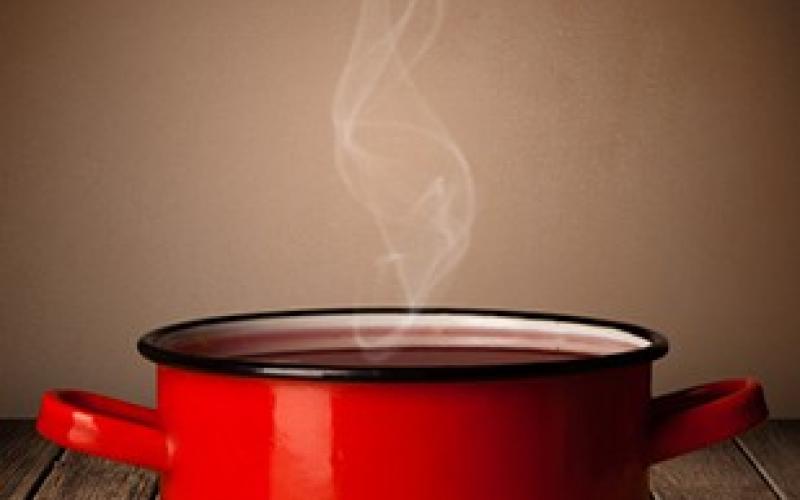 Cooking is a part of daily life.  While many hours are spent determining whether we want pasta or casserole, cooking on a stove or in an oven usually does not factor into our decision-making.  However, evidence suggests that it should.  A team of researchers from the University of Arkansas evaluated the current state of energy efficiency during household cooking in developed countries and made policy recommendations based on the findings.


Food production constitutes 8 to 16% of the total national energy consumption in the US.  Cooking accounts for 20% of consumers' energy use.  Refrigeration and dishwashing evenly split the remaining energy demand.
The life-cycle of cooking extends far beyond the kitchen.  Most stoves in the US run on gas or electricity, produced from coal, gas, nuclear, hydro or other renewables.  Each of these systems has built-in efficiencies that affect energy efficiency in the kitchen.  Conversion from coal to electric by conventional power plants is roughly 30% efficient and can as high as 40% when equipped with special devices. Natural gas plants can reach efficiencies up to 60%. .  By contrast, the typical gas stove in America is only 40% efficient whereas its electric counterpart is 80%.  The authors propose looking at overall system efficiency due to these inherent complexities.  Given these efficiencies, electric stoves powered with gas are the more efficient choice by approximately 20%.
In addition to fuels consumed, the model of oven or stove and the style of pan can make a big difference in the amount of energy consumed during use.  On a stove-top, a pan should fully cover the burner (no flame peaking around the edges) and will work best if made of a good conducting material (copper or iron).  Glass and ceramic containers that perform less efficiently on the range are the best choice in the oven where heating occurs through radiation rather than conduction.  Convection ovens use a fan to circulate heat, which reduce pre-heating times, eliminate hot-spots and lower cooking temperatures making them preferred to non-convection ovens.  And of course you want a quality appliance that is well insulated.
New and less traditional players have entered the market since the mid-20th century.  The majority of homes now have a microwave and specialty appliances, such as rice cookers and electric tea kettles.  The majority of studies reviewed agree that specialty appliances such as rice cookers and electric kettles "consistently utilized less energy" than traditional alternatives.  The microwave showed trends that were less clear, but seems to emerge victorious for small portions and foods with short cook times.  If you would simmer food on a stove during cooking then you probably should not cook it in a microwave.  Dry beans for example, can be cooked more efficiently on the stove.  A single hamburger does better in the microwave, but four hamburgers can be cooked with less energy on the stove.
The conscientious chef can chop energy use in half versus someone with more careless practices using the same equipment.  The simple practice of putting a lid on a pot during cooking can cut energy use by 8-fold.  Another best practice is to cook food in pots that are full to capacity.  The efficiency of a pot is reduced by 80% if it is only filled a fifth of the way.  Cooking food in large batches takes advantage of the fact that boiling efficiency increases with pan size and volume of fluid.
This article yielded good advice for reducing home energy consumption.  Given the general character of these findings it was shown that consumer education has the most potential to reduce energy demand in the kitchen.  Increasing appliance efficiency and promoting alternatives to traditional cooking methods can also make a difference.
Read more regarding:
Climate Change & Energy
Society & Health
Food, Agriculture and Water
Ben Morelli