Green versus gray infrastructure: The economics of flood adaptation in Fiji 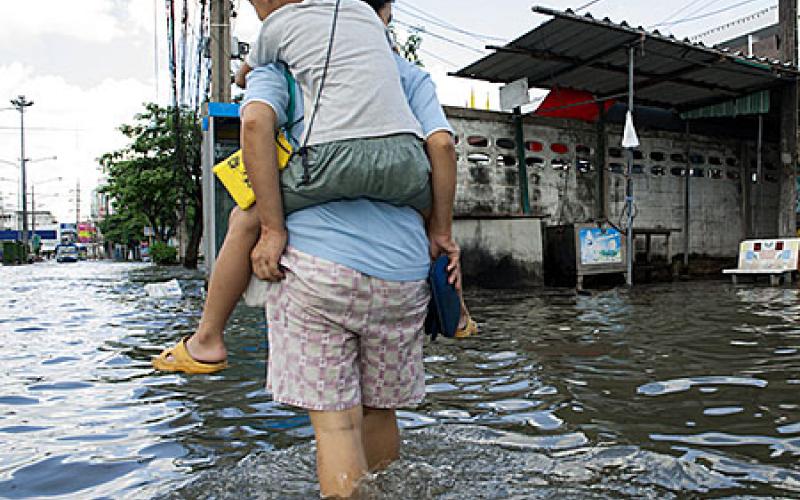 When managing flooding risks, government planning agencies have generally defaulted towards man-made infrastructure — also known as "gray" infrastructure — such as building levees and dredging rivers. Increasingly, however, urban planners have developed an interest in so-called "green" infrastructure, in which nature is incorporated into the design. Green infrastructure solutions for floods include replanting vegetation in headwaters and riparian zones, which reduce flash flooding and erosion. Not only do these methods offer environmental benefits, but they can also be extremely cost effective in preventing flood damage.

The economic and environmental benefits of green infrastructure are particularly relevant in Fiji, where natural disasters caused damages worth 4.3 percent of GDP in 2012. Of all the world's regions, the World Bank notes, the Pacific Islands have the highest per-capita losses from natural disasters. With the effects of climate change projected to intensify floods in the region, local governments have a strong incentive to look into the array of flood management strategies available. From an economic perspective, then, how do green and gray options compare?

To answer this question, a team of researchers led by Adam Daigneault of New Zealand-based Landcare Research conducted an investigation based at Fiji's Ba River and Penang River catchments, areas with histories of extensive flooding. By combining survey data from households on flood damages with hydrological models of the two catchments, the authors developed simulations of flood damages. Then, they created scenarios of different flood mitigation options and measured their effectiveness in damage reduction. Gray infrastructure options included reinforcing river banks, dredging rivers, and elevating houses, while green options included planting riparian buffers, afforesting the upper catchment, and planting floodplains. Finally they evaluated the costs and benefits of these benefits in economic terms.

The results are striking. Under nearly all the circumstances, green infrastructure options were found to be more cost-effective than gray infrastructure. When accounting for both avoided damages from floods and the ecosystem service benefits that green infrastructure provides, green options generally had net present values (i.e. the value of all net benefits over time, expressed in the value of money in the present) that were positive and superior to gray options; this held true under different scenarios, including varying intensities of climate change effects or how effective the adaptation options were in reducing flood damages. Planting riparian buffers was the most cost-effective option, with benefit-cost ratios as high as 21.6; afforesting upper catchments provided the highest absolute net benefits, albeit with significant costs.