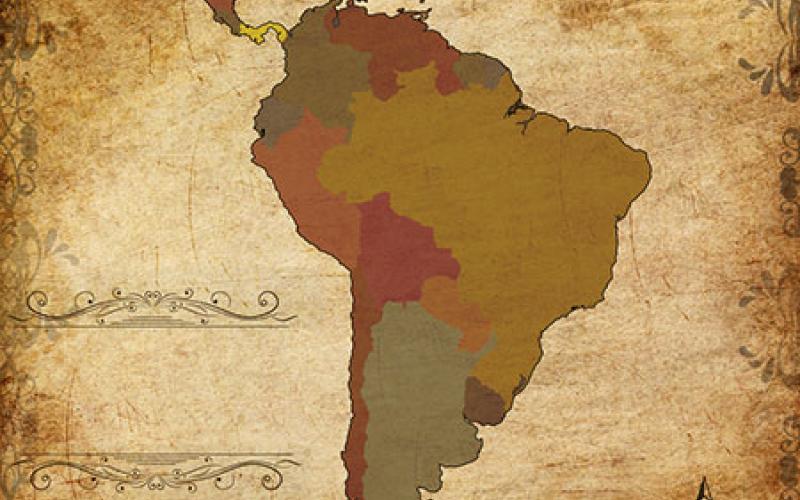 People around the world have started to realize the importance of reducing greenhouse gas emissions: Latin America is no exception. Greenhouse gases (GHGs) are produced by a wide range of activities, from agriculture in rural areas to transportation in urban zones. Reducing these emissions is important to decrease the effects of climate change across the globe. An important portion of Latin American emissions is derived from land use activities, such as agriculture and forestry. In order to contribute to GHG emissions abatement, Latin America must pay attention to the future of these activities.

In a recent study published in the journal Energy Economics, a team of researchers, led by Katherine Calvin from the Joint Global Change Research Institute, examined the current state and future of GHGs emissions in the region. The greenhouse emissions considered in this paper are carbon dioxide (CO2), nitrous oxide (N2O), and methane (CH4). Forty percent of Latin America's emissions came from agriculture, forestry and others land uses (AFOLU); this percentage is twice the worldwide average in this category.

In the study, the researchers use a multi-model comparison approach in which they analyzed the future trends of emissions on four different scenarios. To construct the scenarios, they based their predictions on different models available to analyze future trends of land use and emissions.

The models used by the researchers included different abatement options to mitigate greenhouse gases. Policy options evaluated included afforestation (or the creation of new forests), deforestation reduction, and the use of bioenergy. These alternatives were assessed to predict their potential impact once implemented. Although the initial objective was to assess the different models and options, the researchers found that the models use different basal settings. The difference in settings creates bigger gaps in the results, creating current and predictive scenarios completely different for the future.

Why are the differences among predictions important? The major problem with the comparison of models is the big disparity between predictions of CO2 emissions from land use change for agriculture. All the three molecules of GHGs can be release from traditional agricultural and livestock production. Some models consider different trends for land use change, particularly the conversion of forests land to agriculture or other activities. This process decreases the reservoir potential of CO2 in the trees and soil of forests. A factor that largely contributes to these differences for land use change is the potential yields considered for each model. Some of the models have higher potential yields for which the land necessary to cover the demand of food will be lower, while others are more modest on the potential yields predicted (having bigger numbers of predicted land to be converted to agriculture). Meanwhile, the models predict similar trends for N2O (related to fertilizers use) and CH4 (related to cattle production). There are no definite numbers on how much greenhouse gases are being emitted, however; For Latin America, it is important to find these numbers within a climate change mitigation context.

The authors make clear that their study did not take into account other important factors necessary to secure a successful implementation of mitigation policies. It is important to incorporate in further analysis the costs related to implementation and other potential transaction costs. The institutional barriers for implementation and support of these policies are fundamental too. On the other hand, the study also did not consider factors that increase the potential benefits of mitigation policies. Land use emissions apart from GHGs, such as aerosols and ozone precursors, and the potential benefits for biodiversity, were also excluded in the analysis. While recognized as important these factors were out of the scope of this work.

Even though many factors were not considered and the conclusions of the comparison between models were significantly uncertain, the results have important policy implications for emissions mitigation efforts. The differences between projections show that it is necessary to keep working to develop frameworks, models, and studies that reflect the reality of greenhouse gases emissions in Latin America. In order to create accurate and impactful mitigation plans on the ground, it is important to have more and better information to prepare the region for future challenges.