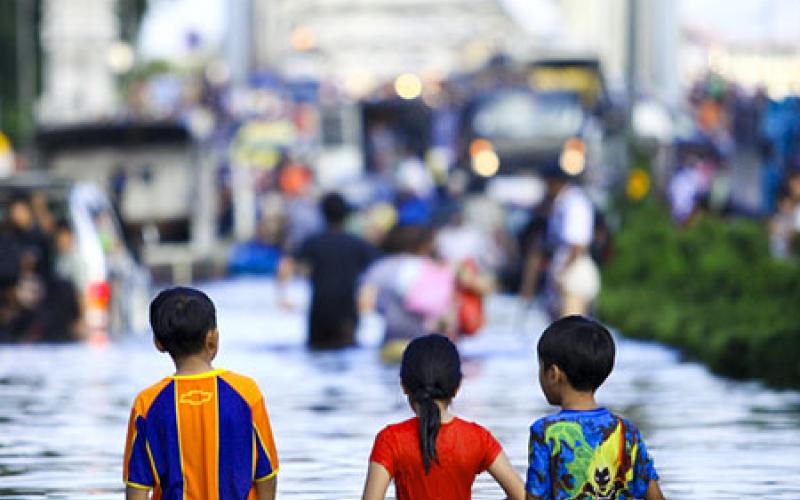 In the physical sciences, the reoccurring climate patterns of El Niño and La Niña are types of teleconnections – physical events that link causes and effects over large distances. The changing patterns over the warm waters of the Pacific Ocean create intense weather events all over the planet. But beyond the physical impacts of these events are potentially extensive and expensive environmental and social impacts. Though we are most familiar with physical teleconnections, a growing field of research is examining the societal teleconnections. These connections are linked by actors and institutions in areas ranging from energy and food systems to human health and communications, and they have large impacts and are critical for climate change adaptation planning. However, there is great difficulty in fully accounting for their complexity.

In a recent paper published in the journal Climate Change, two researchers introduce a systematic but simple framework to consider these societal teleconnections. It is a tool that is not so complex that it overwhelms the resources available to researchers and planners, but developed enough so that they can begin to identify the local effects of what happens afar.

The authors, Susanne Moser, of the University of California, Santa Cruz, and Juliette Finzi Hart, of the University of Southern California, define the three minimum components for a societal teleconnection to occur and provide metaphors to understand them: 1) a system that forms the physical structure or connection across long distances (think of this as the "hardware" of a computer); 2) a process that "explains the reason, manner or cause for the teleconnection" (the "software); and 3) a material substance or immaterial element that is moved from one location to another (the "data"). While there are a limited number of physical structures and types of substances, there are many processes. And with those come many actors and institutions that can transmit those processes, and in different ways. This makes societal teleconnections complex in a different way than physical teleconnections.

Though the authors present several research areas, such as food systems and human health, in which this framework can be applied, a particularly characteristic example was the flooding in Thailand in 2011. In addition to the local deaths and physical effects on land and agriculture, many of the country's electronics manufacturing factories had to close, leading to layoffs for some 350,000 employees. This led to an unexpected consequence of the floods: the doubling of the price of hard drives. In this context, the "hardware" was a Thailand facility owned by Western Digital (a Silicon Valley-based corporation) that "produced 60% of the company's hard-drive production and 25% of the world's supply of 'sliders,'" a prime component of hard-disk drives; the "software" was the process of exporting to Silicon Valley. The teleconnection, abruptly interrupted by the impacts of the flooding event, consisted of the economic exchange between Thailand and other countries, including Silicon Valley in the U.S. (the "software") and was dependent on travel routes (the "hardware") to transport the "data" of computer parts around the world. The floods directly affected the production of these hard drives and sliders by flooding the production facilities, prevented workers from coming to work, and disrupting local transport. The resulting impact cost the world some $45 billion in losses.

Though it does not always occur to us to consider how events far away can have a local impact, the increasingly active research in this area is uncovering more examples of these events. Smaller and more vulnerable communities can benefit greatly from knowing how to prepare for unexpected impacts that could have dire consequences. Moser and Finzi Hart have proposed their framework so that local planners, researchers and practitioners can recognize the potential threats of societal teleconnections and give them the ability to understand a complex idea and start to assess the risks and plan for far-away events that can cause havoc for them in the places where they live.