Back to the Future and Beyond with Climate Scientist Linda Sohl 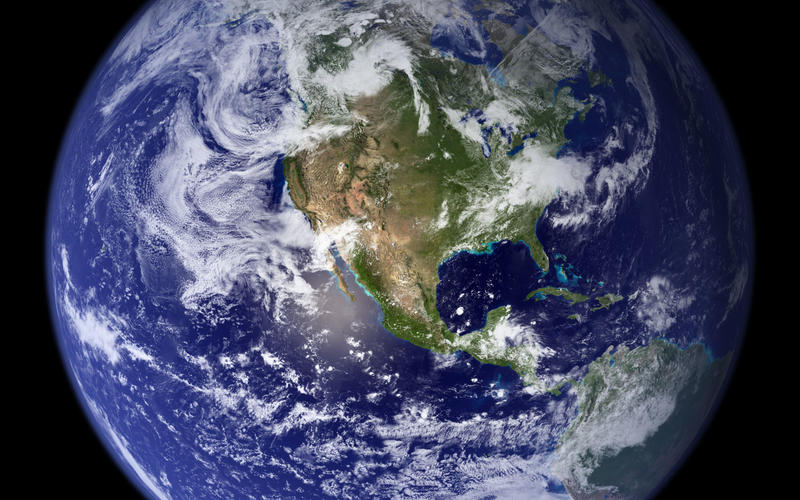 Seven hundred million years ago the earth was a very different planet. During the Neoproterozoic era, at the tail end of the Precambrian time, the continents were clustered together as supercontinents, and the sun was younger and dimmer. Twice during the Neoproterozoic, the earth dipped into a deep freeze: continent-size ice sheets extended from the poles to within 10 degrees of the equator, well into the range of the modern-day tropics. The duration of these frozen periods and the extent of their snow and ice cover are hotly debated, but we know these ice ages happened and that life persisted. Scientists refer to this ancient, glacier-covered world as “Snowball Earth”. 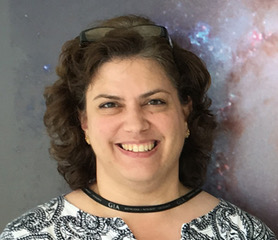 Linda Sohl, a paleoclimatologist at the NASA Goddard Institute for Space Studies, was a PhD student working on a traditional geology thesis at Columbia University in the 90s when she came across an interesting paper. Titled “No More Snowball Earth?”, the paper sought to debunk evidence for the phenomenon from locations around the world. The one location it could not rule out was near Dr. Sohl’s research site in Australia. Dr. Sohl demonstrated that the area had in fact, at one point, been 10 degrees from the equator and covered in an ice sheet, while still supporting life.

Researching Snowball Earth sparked Dr. Sohl’s interest in the conditions that created this ice age, and launched her career as a climate systems scientist. What climate processes could cause an extreme snowball world? What were conditions actually like at the time? How does an ice age transition into a more hospitable climate? To tackle questions like these, Dr. Sohl works with global climate models. In a climate model, mathematical equations represent earth system processes, such as the energy and moisture exchanges between oceans, atmosphere, and land. Variables like greenhouse gas concentration, forest cover, or ocean currents can be adjusted to observe how the earth would hypothetically respond to a given change. Though certain trends are irrefutable, there still remains much uncertainty in these models, and scientists struggle to incorporate key factors like cloud formation or the behavior of ice sheets. However, the technology is becoming increasingly sophisticated.

Snowball Earth is a passion project for Dr. Sohl but she only gets to work on it when funding permits. Fortunately, funding has been flowing at NASA recently because of renewed interest in life on other planets. What does Snowball Earth have to do with extraterrestrial life? As Dr. Sohl explains, “earlier intervals in earth history can give us some insight into what life, as we know it, might be able to tolerate. We can then try to extrapolate that understanding to other worldly environments.” We know from our own fossil record that life existed during these deep freezes. Understanding more about how this life survived and evolved might hold clues for what is possible elsewhere. For Dr. Sohl, who grew up a die-hard Star Trek fan, applying her research to the search for life in the universe is a dream come true.

Dr. Sohl’s work on Snowball Earth is useful for astrophysicists studying the habitability of other planets. “Habitable” is not a well-defined term, but the general assumption is that the presence of liquid water determines whether or not life can exist. Astrophysicists look at the relationship between the reflectivity of a planet’s surface, its distance from a star, and the brightness of that star to calculate if a planet has an average temperature above 0 °C. An above-freezing temperature means life might be able to flourish. Dr. Sohl’s Snowball Earth simulations have shown that select regions on earth were habitable even when the average global temperate was -12 °C. The models brought nuance to the picture, by considering the effects of an atmosphere and thermal ocean currents, which allowed for a broad band of open ocean at the equator. “You can still have water and life on the surface of a planet that was rather colder than [the astrophysicists] were considering,” notes Dr. Sohl. “That was kind of an eye opener for that community.”

With human-driven climate change, our world is once again becoming a different planet, and the work of paleoclimatologists is increasingly important as we try to envision the future. For insight, Dr. Sohl and her colleagues at NASA are looking back some 3.2 million years ago to the Pliocene period, when the CO2 levels in earth’s atmosphere were around 400 parts per million, a little below what they are today. The Pliocene climate gives us a glimpse of how our planet might look if we stopped emissions now and the climate began to stabilize – Which regions could become too hot to sustain human life? Where might there be more or less rain? Many communities depend on melting snowpacks for water in the spring and summer; the Pliocine climate points to where winter precipitation may shift from snow to rain, spelling problems for water supply in the warmer seasons.

For research that can be as far flung as identifying habitable exoplanets, Dr. Sohl’s work has useful local applications. Climate modeling as a tool can help answer pressing regional questions by simulating global warming scenarios. In the course of Dr. Sohl’s career, she and her colleagues have connected with policymakers by listening to their questions for emergency planning, long-term master planning, infrastructure issues, and public health. These conversations help the scientists glean relevant information from model results to better quantify risk and inform planning. Over the past ten years Dr. Sohl has seen climate scientists move from the “I have done my research, I will tell you my results” approach towards “Tell me your concerns and I will try to do some work that specifically addresses them” – a much more enlightened way for science to inform policy.

Dr. Sohl is the first to recognize the limitations of climate modeling work. “When communities don’t have the resources to do much, what are you in a position to help them with? Climate predictions may only be a small piece of what they need, so then you become part of a larger team.” The challenge for scientists and policymakers examining broad climate trends is to support and coordinate with communities that are working on adaptation from the bottom-up, at a scale much finer than any model could provide.

Star Trek’s Mr. Spock once observed it was “curious how often you humans manage to obtain that which you do not want.” He was referring to war, but could just as easily have been talking about climate change. A truly collaborative approach, informed by model predictions, but driven by local needs may be one way to steer spaceship earth towards what we do want, a future where all can live long and prosper.