You – yes, you – can make people’s diets more sustainable 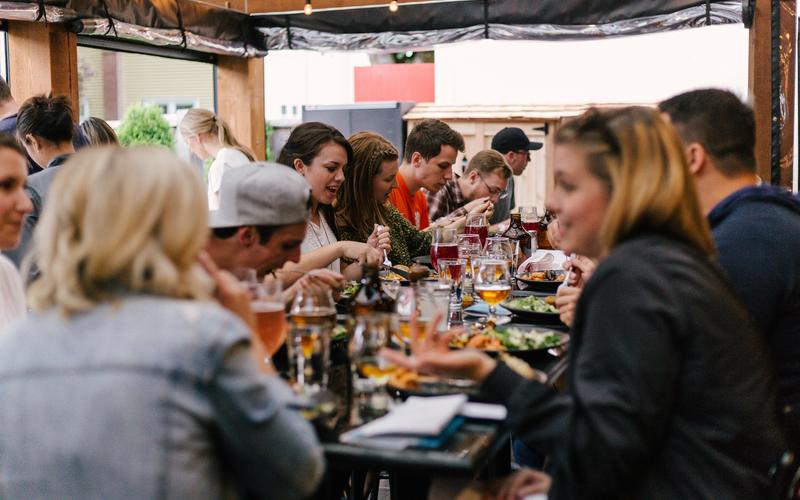 If you’re reading this article, you probably care about climate change and have probably also thought about becoming vegetarian (or are already!) to do your part in helping to solve these problems. The food system today has significant negative environmental effects and decreasing meat consumption is one lifestyle change that can help reduce that impact.

A recent study examined for the first time several behavioral factors that can drive food consumption. The general belief is that fact-based health and climate concerns may drive people to shift diets. The paper, published in Nature Sustainability, found that other factors may be at play.

Scholars from the International Institute for Applied Systems Analysis and the University of Koblenz-Landau performed an exploratory modelling study to unearth the drivers of global diet change. Their model examined the environmental effect of four diet composition scenarios and behavioral factors where two segments of the population, meat-eaters and vegetarians, were associated with a different diet composition.

The study found that diet change behavior was most sensitive to peer pressure and the ability to control one’s own behavior. People are more likely to eat sustainably if more people around them are doing the same. Additionally, the more one believes she can control her behavior and ability to change, the higher the possibility of actually shifting to sustainable eating. The findings reinforce previous research that people’s beliefs and actions are influenced by those of their peer group.

The study also found that young populations, in the age range of 15-44 years, respond the most to peer pressure. Females also believed that they had more control over their own behavior.

Behavioral change is seen as essential to helping mitigate climate change. However, drastic diet shifts by only small groups of people are not enough to fully achieve environmental benefits. The researchers found that even if 40 percent of the global population were vegetarian, there would not be noticeable environmental benefit if the rest of the world continues to consume meat at current levels. To create actual impact, more substantial and widespread change is required.

The drivers identified by this study could help influence key policy interventions to drive behavioral change in the food consumption space. The findings could also help sustainable food companies, such as Beyond Meat, to target specific groups that are most likely to have the greatest impact. Radical changes are needed to fundamentally change consumption patterns and the findings from this study may provide some insight into how to motivate people to change their behavior and lifestyles to have the greatest positive climate change mitigation impact.