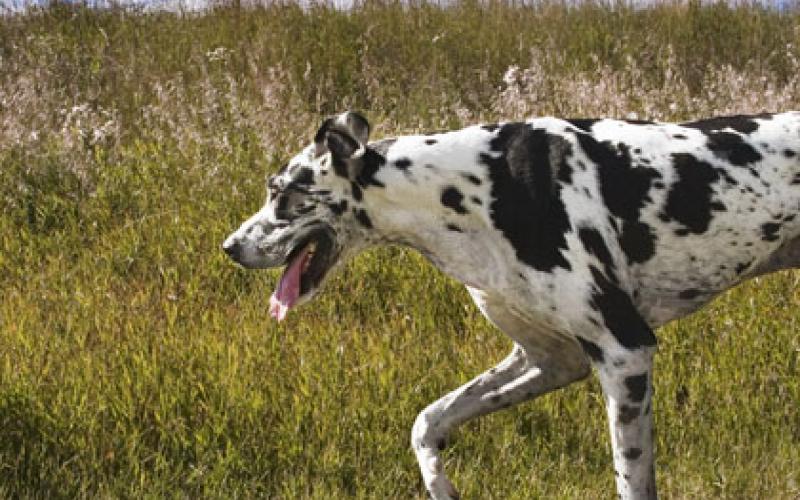 With a global population of over 500 million, the domestic dog is the world's most populous mammalian carnivore. Despite the nourishment and shelter that people provide to canine companions, many dogs range freely into the wilderness surrounding their human homes, encountering wild animals as they roam. Dogs have long been known to chase and kill wildlife but the impact of their presence on prey has now been confirmed.

A study published in Biological Conservation by two researchers from the University of Florida at Gainesville concluded that dog presence is the greatest determinant of distribution for the southern pudu in a locality of southern Chile. The southern pudu is a small-bodied deer endemic to the dense temperate forests of southern Chile and Argentina, and is ranked as a vulnerable species due to its rapid decline. In the area studied, the pudu's fear of the domestic dog has a stronger influence on the deer's movement patterns than human activity, habitat type, and even the presence of its natural predator, the puma.

By interviewing dog owners near Valdivia, Chile, researchers Eduardo Silva-Rodríguez and Kathryn Sieving estimated the probability of dog attacks on pudus. They then deployed camera traps in the temperate forests to investigate the association between dogs, pudus, pumas and humans. Shockingly, they found that the probability that a dog would attack a pudu, given that they were observed simultaneously was more than 85%, and unless people saved the deer, the probability of dogs killing the pudu was 50%. This high rate of mortality is further supported by camera trap photos, which feature dogs in pursuit of pudus, and provides evidence of pudus avoiding areas containing the presence of dogs.

Pudus are not only avoiding attacks but actually avoiding dogs altogether, shifting their habitat usage to avoid confrontations with their roaming predators. These results contribute to the rapidly growing body of evidence by Dr. John Laundre and other ecologists who study predator-prey interactions, suggesting that the most profound effects of carnivores on prey may be through fear rather than mortality. The non-lethal effects of predators can include habitat displacement to safer but less desirable areas (e.g. less food or shelter), increased stress, reduced feeding, and decreased reproduction.

The risk created by domestic dogs is particularly alarming because humans help sustain their ubiquitous presence. However, this problem also offers its solution: since most dogs reside in or around human homes, dog management could simply be a matter of convincing owners and communities to control their pets. Simple and low-cost actions such as requiring leashes, fencing protected areas and spaying breeding females could dramatically reduce the negative effects of domestic dogs on wild animals.

Because dog populations are orders of magnitude larger than natural predator populations, domestic dogs represent a formidable threat to other species worldwide. Domestic dogs and other pets are underappreciated drivers of wildlife decline that must be better controlled through community- and state-level policies and conservation efforts.