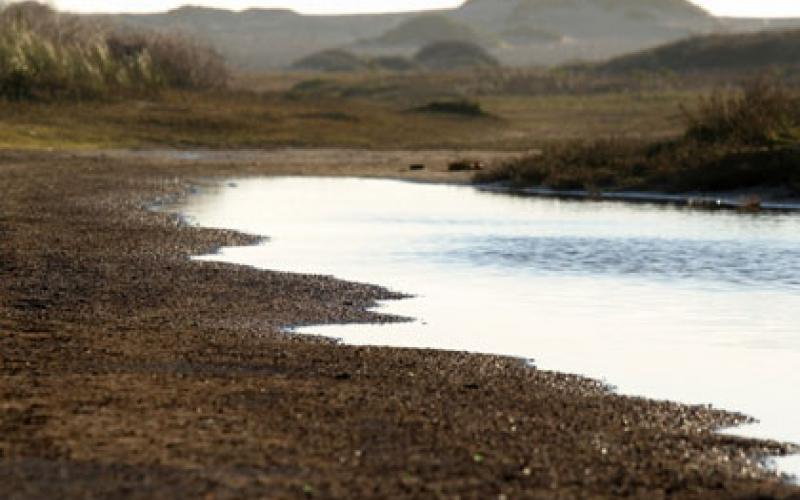 Previous studies have demonstrated the resiliency of salt water marshes. Like all coastal ecosystems, salt water marshes have many crucial roles. They support a diverse group of marine life and are economically vital for many countries. The Gulf of Mexico for example, generates more than $10 billion dollars a year through its fisheries and tourism. Therefore, their ability to 'recover' from major disturbances like oil spills, when undisturbed, is an important characteristic. This unique ability is even more pronounced in warm climates like the Gulf of Mexico where the oil degrades.


However, researchers from Florida and the Netherlands have now added a variable to this theory. For 18 months, the scientists surveyed the Barataria Bay, one of the sites most affected by the 2010 BP-Deepwater Horizon oil spill. They monitored plant and animal life, recorded pH, oil concentrations, salinity and erosion rates and published their results in the Proceedings of the National Academy of Sciences. Their work reveals that the Bay had become erosion prone due to the interaction of engineering activities like river channel straightening and the natural sinking of the Bay. These engineering activities exacerbated the Bay's vulnerability and may have hampered its ability to recuperate.
Two years after the oil spill, interior portions of the marsh had replaced over half of its plant cover and a third of its underground stem and root network. But the erosion prone shoreline was practically bare of all life and efforts to transplant the native species to the affected sites were futile. While these results confirm the resilience of salt water marshes, they suggest a mechanism that uses the shoreline's grass as a shield to protect the inland areas from extreme oiling. Because of erosion along the Mississippi river, this defensive mechanism destroyed the shoreline's ecosystem.
These findings remind us that regular human activities have multiplier effects on delicate ecosystems like marshes. This truism demands stricter regulations and close monitoring of engineering activities in these areas. Studies should seek to understand the effects of interactions between natural earth movements and maintenance activities along coastlines. The protective mechanisms displayed by the Barataria bay also require more study at similar sites across the country. Understanding the impact of prolonged human activities on such mechanisms, may improve the techniques of first responders in the event of disasters like the 2010 BP-Deepwater Horizon oil spill.
Read more regarding:
Conservation, Biodiversity & Oceans
Elizabeth Babalola