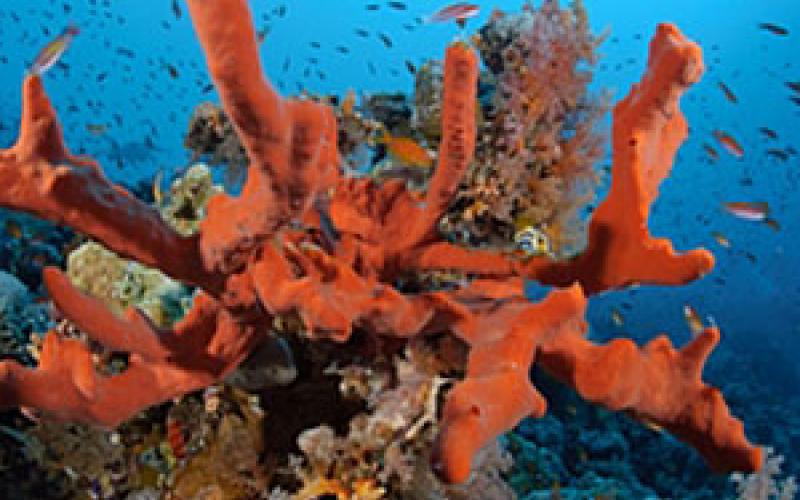 Elkhorn coral plays an important role in the growth and maintenance of coral reefs, and it is disappearing -- bad news, as coral reefs are home to a quarter of all marine fish species and provide food, coastal protection, and livelihood to 500 million people. Although elkhorn coral was once common in the Caribbean, it is now listed under the United States Endangered Species Act, in large part because of a coral disease called white pox. It causes white patches, tissue loss, and even death in elkhorn coral.


Although previously poorly understood, it has now been discovered that the bacterium responsible for white pox is a human pathogen that can pass from humans to coral reefs through untreated wastewater. This is the first time anyone has ever observed marine "reverse zoonosis," a process where humans pass disease to marine wildlife rather than wildlife transferring pathogens to humans. Essentially, it means that our untreated waste is killing coral reefs.
These findings came from a recent study from Rollins College and the University of Georgia published in the journal PLoS ONE. While studying a 2003 disease outbreak, researchers discovered a new and unique strain of the white pox coral pathogen, called PDR60. This strain was found on the reef in diseased corals, healthy non-host corals, and in a coral predatory snail, but surprisingly, it was also found in untreated human sewage. By following up on these findings through controlled experiments, the authors found that this disease strain is indeed a coral pathogen, and, more importantly, that it comes from human waste.
To obtain their findings, the authors tested the ability of PDR60 to infect elkhorn coral. They isolated the disease from reefs and wastewater sources. These included infected elkhorn coral, round starlet coral, and short coral-shell snails, along with untreated wastewater. As part of their experiments, the authors inoculated healthy elkhorn coral in aquariums with the disease strain. In as little as four days, PDR60 from untreated wastewater and from infected elkhorn coral caused signs of white pox. Not only do these results show that the unique disease strain is infectious, but that humans are the source.
This study provides direct evidence that our public health policies and practices have impacts on environmental health – in this case, on the survival of coral reefs. These findings are not only of concern to public health, but to Caribbean economic systems based in fisheries and tourism. The research calls for a review of political and economic investments into wastewater treatment infrastructure to ensure the future of the elkhorn coral and our critically endangered coral reefs.
Read more regarding:
Conservation, Biodiversity & Oceans
Industrial Ecology & Urban Planning
Society & Health
Leigh Whelpton