Why planting more trees may not help cool the planet 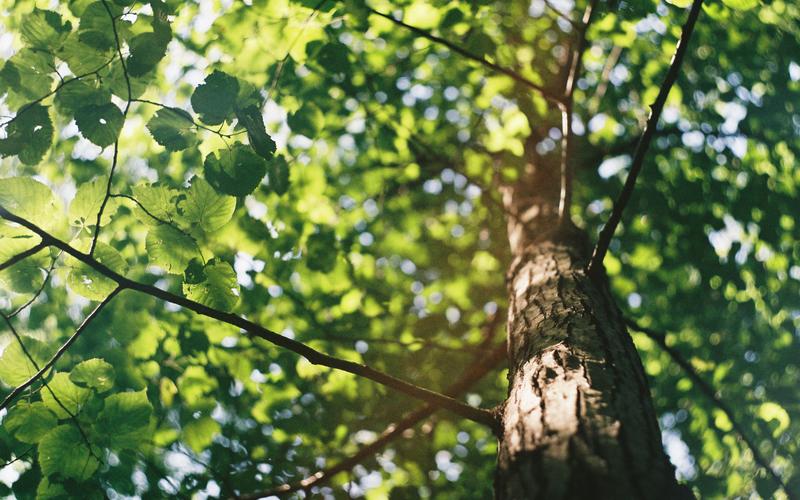 “Climate change is good for plants.” It’s a classic refrain of climate change skeptics, and, under certain controlled conditions, they’re not wrong. Because carbon dioxide is essential for photosynthesis, increasing carbon dioxide availability can stimulate plant growth. However, scientists have repeatedly explained that the effects of carbon dioxide on plants are not so simple. Adding CO2 to the atmosphere causes climate change, which in many ecosystems includes more frequent drought, rising temperatures, and increased susceptibility to fire, all of which make it harder for plants to draw carbon from the air.

A new study published in the January 2019 issue of Nature provides concrete evidence that in a hotter and drier world, many ecosystems absorb less carbon dioxide. Julia Green and Pierre Gentine, from the Department of Earth and Environmental Engineering at Columbia University, worked with a team of researchers to examine the impacts of soil moisture variation on the long-term ability of plants to take up atmospheric carbon. Satellite technology has made it possible to observe photosynthesis from outer space and measure the effect of soil water on plant behavior.

The researchers used four different models to analyze how plants grow under changing moisture conditions. They found that in dry years, plant mortality increases, and living plants are too stressed to absorb excess CO2. In wet years, plants continue to take in CO2, but not enough to counteract the dry years. All in all, the changes in soil moisture lead to a net reduction in the ability of plants to take in the excess carbon in the atmosphere.

Currently, we rely on plants and soil to draw about 25% of human-caused carbon dioxide from the air, which makes the effect of our emissions much less severe. As plants take up less carbon dioxide, more will be left in the atmosphere, which leads to more warming and more dry years. It’s a vicious cycle that accelerates the rate of climate change.

Planting and protecting forests is considered one of the primary strategies for climate change mitigation. This new study helps us think about how in a warming climate, this strategy might not be so effective after all.

The study found that the effects of soil water variation were strongest in the dryer regions of the world. As droughts become more frequent and intense, reduced moisture creates a feedback loop in the atmosphere. Increasing dryness reduces the evaporation and surface cooling of plants, which in turn increases temperature. Insufficient recovery time between periods of drought can shift a forest to a grassland, making it impossible for the landscape to recapture lost carbon in a wet year. Plants that die during dry spells create more fuel for fires, which in turn adds carbon dioxide to the atmosphere. In that last scenario, plants become a carbon source instead of a carbon sink.

Despite the negative impact of climate change, plants as a whole continue to take in CO2. However, the models used in this research indicate that that will change around 2060, when plants will have reached their maximum ability to absorb carbon.

We think of a tree as something that stores carbon, cools the air, and supports life on earth, but that is changing along with the climate. Before we look to plants to save us, we should think about the ways that we are undermining their ability to pick up our slack.