What is the true value of a breath of fresh air? 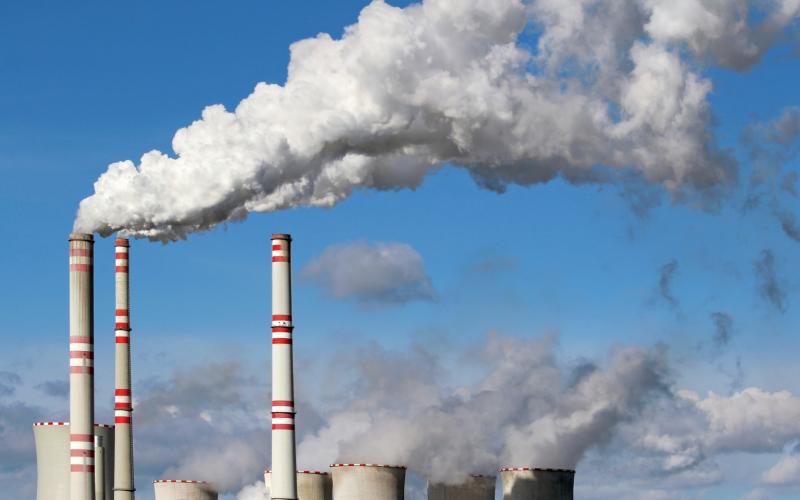 How much is clean air worth to you? Imagine a whiff of fresh air can not only increase your lifespan, but also save you money. In the light of finding adequate policies to tackle air pollution, it is important to understand how citizens can benefit from breathing cleaner air. Recent research introduces an economic model that fully quantifies the value of clean air to society. This model is used to analyze whether the benefits of implementing a cap-and-trade program weigh up against the costs of implementing it.

Cap-and-trade programs are gaining popularity worldwide as air pollution reduction strategies. These programs are designed to curb pollutants by allotting permits to firms equal to their emissions. Firms seeking to emit more can trade permits with firms that have them in excess. The exact benefits of cap-and-trade programs are often understated, because of the difficulty of calculating the exact value of improving air quality.

The societal benefit of improved air quality is twofold. A direct benefit arises from an improvement in human health, such as a reduction of respiratory issues in a population. An important indirect benefit is a decrease in “defensive investments.” Individuals make defensive investments - for instance by wearing a facemask or buying asthma medication - to stay healthy in the presence of air pollution. Researchers have frequently studied the influence of air quality improvement on human health. However, the influence on defensive investments is not well documented.

In an article published in the October issue of the American Economic Review, Olivier Deschênes, Michael Greenstone and Joseph Shapiro used an innovative economic model to quantify the benefit of clean air. This model accounts for both the direct health benefits of air quality improvement as well as the indirect reduction in expenses on asthma medication. By doing so, they aim to gain a better understanding of the societal value of air quality improvement. They use the model to compare the total benefits and costs of a 2003 cap-and-trade program implemented in the U.S. It is the first major study to evaluate a cap-and-trade program by analyzing data on human health and preventative investments.

Ground level ozone is an air pollutant that is formed when two chemicals -nitrogen oxide (NOx) and volatile organic compounds (VOC) – come in contact with sunlight. Ozone is one of the six pollutants incorporated in the Clean Air Act. This act was implemented in the U.S. in 1963 to reduce the concentrations of harmful air pollutants. However, while the concentrations of the other five pollutants were significantly reduced by the beginning of this century, ozone levels had hardly changed. Thus, a NOx cap-and-trade program was implemented in 2003 as an alternative method to reduce ozone levels. This scheme involved capping the amounts of NOx firms were allowed to emit during summer months, when ozone levels are at their peak.

The researchers analyzed the influence of the program on air quality, mortality rates, hospital visits and asthma medication expenses in the 19 Eastern and Midwestern states where the NOx cap-and-trade program was enacted between 2003 and 2008. They found that the emissions trading scheme greatly improved air quality, while reducing mortality rates and medication expenses. Moreover, summer mortality rates declined; the scheme resulted in approximately 1975 fewer premature deaths each summer. The researchers valued the decline in mortality at $5.9 billion worth of social benefit. Additionally, expenses on asthma medication decreased by 1.6 percent – worth a total of $3.7 billion. This means that reduced medical expenses accounted for more than a third of the total benefits accruing to society.

This study proves that cap-and-trade programs aimed at improving air quality can benefit your health, as well as reducing your spending. While implementing a cap-and-trade program comes with a cost, the study indicates that it can clearly be ‘worth’ it from a societal perspective. Future studies analyzing the costs and benefits of environmental policies should also seek to quantify preventative investments. This could allow us to understand the true benefit of environmental improvement.