The unmet potential of an African economic powerhouse 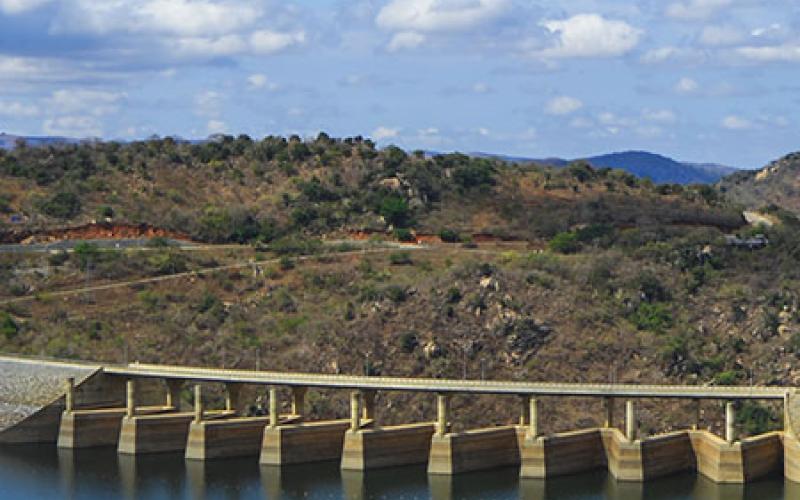 Africans are demanding electricity so they can perform fundamental tasks, from storing food to charging their phones to reading at night. Increasingly, people are demanding that energy to be from renewable sources. Renewable energy carries two levels of benefits — less dependency on coal-fired power central power production and more jobs, such as installing solar panels. The demand to use renewable energy is strengthened by an increasing global awareness of the environmental consequences of climate change. The continent of Africa, with its underdeveloped infrastructure and institutional governance challenges, is especially vulnerable to these changes.
In a recent paper published in Renewable and Sustainable Energy Reviews, Amandine Nakumuryango and Roula Ingelsi-Lotz from the University of Pretoria looked at South Africa’s economic potential and its performance in generating renewable energy compared to other African countries and developed countries from the Organization for Economic Co-operation and Development (OECD). The OECD is a group of 34 democratic governments with market economies that work together with 70 non-member economies to promote economic growth, prosperity, and sustainable development. Surprisingly, the findings on South Africa’s performance showed no significant gains in renewable energy production over the past 20 years.
Air pollution in Africa contributes to the rate of climate change around the world. The two main culprits of this pollution are poverty and poor infrastructure. Lacking access to electricity, more than half of the Africa’s population burns firewood or dung for its daily needs like cooking and warmth. Poised to curb the sources of pollution, South Africa is one of the few countries on the continent with the resources and ability to expand people’s access to electricity with less damage to the environment.
South Africa basks in long hours of sunshine in a year. This plentiful, clean resource gives the country a huge potential source of energy if it invests in wide-scale solar panels. Up until now, however, almost all of South Africa’s energy production (90 percent) still comes from coal. Policy researchers determine that South Africa is not meeting its potential to use its solar resources to help its people, as they it rank current use of solar energy to below that of OECD countries and even some African countries such as the Democratic Republic of Congo. This is despite the fact that in economic terms, South Africa’s economy is 10 times larger than that of the Democratic Republic of Congo. In the solar energy sector, which has so much opportunity to help Africans with jobs and electricity, South Africa falls short of utilizing it to maximize social benefit and minimize negative environmental impacts.
South Africa took its first steps toward installing more solar power more than a decade ago. In 2003, the South African government published a white paper with recommendations on how to transition to renewable energy. The country, however, has proved unable to fulfill this commitment. And even if the report is fully enacted, the commitments made in 2003 would only lead to 4 percent of the country’s electricity generated from renewables. Given that electricity usage rates in South Africa is higher than that in OECD countries, energy efficiency should be a priority; yet there is no clear policy on renewables in South Africa, according to researchers.
One way to increase the production of renewable energy in South Africa would be to make renewable energy policy unambiguous, the researchers say. This would send a positive signal to investors who look to policy to inform their decisions, which would in turn have positive economic and environmental benefits. On the economic side, the production of solar energy will bring more jobs to South Africa. For the environment, solar energy will help reduce South Africa’s reliance on dirtier sources of energy. The country needs to raise awareness on the benefits of renewable energy, as well as on the negative impact of climate change to consumers and the country.
The world needs the contribution of countries, big and small, towards a sustainable future. South Africa can do more. It has played an international role in markets, global governance and the advancement of knowledge. And on the African continent, where there is an urgent need for sustainable economic growth, the promotion of renewable energy is an opportunity to build on past efforts and ensure future successes. As one of Africa’s wealthiest countries, South Africa can — and should — lead the continent in reducing the vital issues of climate change and energy access.
Read more regarding:
Policy & Business
Climate Change & Energy
Parfait Gasana