Is ridesharing part of a sustainable future? 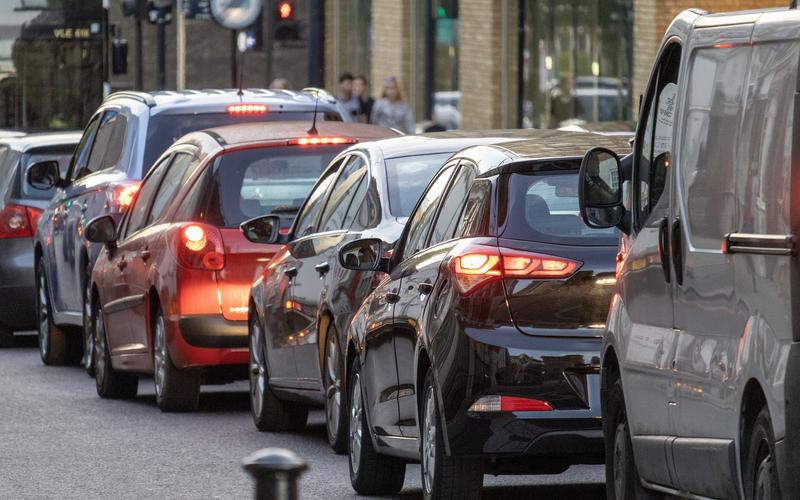 When the clock strikes 5:00 p.m. and workers begin to head home, city streets become congested with cars. It’s rush hour. As commuters’ frustration increases, so do their carbon footprints; every additional minute commuters spend in the car pumps more greenhouse gases into the atmosphere, contributing to climate change. Faced with this challenge, cities around the country are pursuing innovative transportation solutions to the congestion and emissions associated with personal vehicle use.

Like many American cities, traffic congestion in San Francisco has worsened over the last few decades, with average delay times increasing by 63 percent compared to 2010 times. The advent of ridesharing services like Uber and Lyft in 2010 presented a possible solution to this problem. The idea was simple: with rides available on demand, fewer people would need to own private cars, and congestion would improve. However, the reality may not be so straightforward.

Researchers from the University of Kentucky and the San Francisco County Transportation Authority wanted to know what traffic in San Francisco would look like if these ridesharing companies did not exist. They simulated city traffic conditions in 2016 without ridesharing and compared the results to actual traffic data from 2016 and a baseline from 2010 (before the proliferation of ridesharing services). Their results, published in Science Advances in 2019, indicate that ridesharing is the biggest contributor to traffic congestion in San Francisco. Factors such as growing population, changing job markets, and new infrastructure also explain some of the increased congestion, but these are outweighed by the ridesharing impacts.

According to the study, ridesharing services increased vehicle miles travelled, vehicle hours travelled, and vehicle hours delayed and decreased the average speeds in San Francisco. Contrary to ridesharing services’ claims, the study also indicates that most ridesharing trips add new cars to the road, contributing to increased travel times. Additionally, frequent curbside stops to pick up or drop off customers further disrupts the flow of traffic.

Ridesharing also appears to alter human behavior in ways that negatively impact congestion. Researchers observed that people used ridesharing services when they would have otherwise walked, biked, or used public transportation, further exacerbating the traffic problem. At the same time, the presence of ridesharing services had no effect on rates of car ownership, which remained constant throughout the study period.

Researchers did find some positive effects associated with ridesharing. For example, ridesharing appears to complement and encourage rail travel. However, it competes with other forms of public transportation, specifically buses. Additionally, there is some evidence that ridesplitting – multiple people sharing a single rideshare trip – may actually reduce congestion. However, rideshare users typically travel alone. Although this study did not quantify rates of ridesplitting in San Francisco, in other cities this feature is only used about 13 to 20 percent of the time.

The results of this study are illuminating for cities striving to reduce their carbon footprints. The transportation sector accounts for almost one-third of greenhouse gas emissions in the United States. Almost 60 percent of emissions in this sector come from light-duty vehicles, including private cars. As a result, decreasing vehicle congestion is a climate change mitigation imperative. To achieve lower carbon emissions, cities will need to consider which transportation strategies will put them on track to a sustainable future.