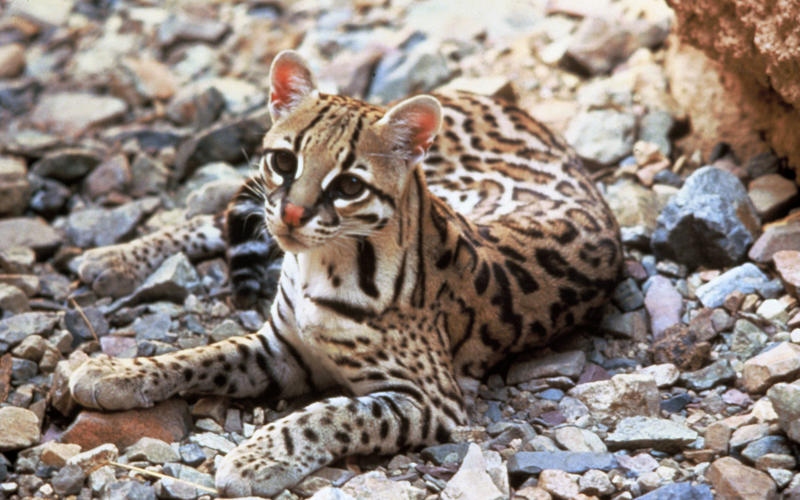 Deforestation is one of the most serious threats to tropical forests and the wildlife they shelter. Not only does it destroy habitat, but it also causes fragmentation and isolation of remaining forests, as well as preventing wildlife movement. Although many conservation efforts focus on creating parks on public lands, deforestation and the resulting fragmentation often occurs when forests on private land are cleared for agriculture.

Some nations have tried to slow the progress of deforestation and habitat fragmentation by enacting private land use regulations. Brazil passed the Native Vegetation Protection Law, or New Forest Code, in 2012 as an update to the original Brazilian Forest Code of 1965. Just like the original law, the New Forest Code mandates forest protection on private lands in order to ensure conservation of native ecosystems in Brazil.

However, the New Forest Code is under attack. The code has never been well-enforced, and recent changes further weakened legal protections for forests. This past February, the Brazilian Supreme Court made a decision that grants forgiveness to farmers that violated the law and allows more development of forested and riparian areas, or areas next to rivers and streams. On October 28, 2018, Brazil elected a new president, Jair Bolsonaro, who favors development over environmental protection. Under his leadership, the New Forest Code is in even more danger, leaving forests on private lands vulnerable to destruction.

Why is the New Forest Code and private land conservation important for wildlife protection?

The New Forest Code designates two types of protected land: Legal Reserves and Areas of Permanent Protection (APPs). Legal Reserves are areas of native forest on private lands that either cannot be cleared, or have to be restored. APPs are riparian lands that are preserved or restored by law. These areas serve as corridors between native forests. Because over half of Brazil’s native forests are on private land, the New Forest Code could potentially provide a significant boost to forest conservation efforts.

Both forests and wildlife species can benefit from the New Forest Code’s protections. The ocelot is a species of spotted cat native to Central and South America. Like other tropical carnivores, ocelots depend on undisturbed habitat. If ocelot populations are thriving, it means the habitats and other species they rely on are thriving too. A recent study published in the Journal of Mammalogy demonstrated ocelots’ use of Brazil’s APPs as habitat corridors in private lands. Led by Roberta Paolino at the University of São Paulo, researchers installed remote cameras in different habitat types on private lands to track which habitats ocelots like best: native forests in Legal Reserves, managed non-native forests, sugarcane fields, and APPs. The researchers found that ocelots were most likely to be present in areas with the most native forest cover, and they used APPs more than surrounding agricultural areas. As expected, the cats were least likely to be observed in managed non-native forests consisting of planted eucalyptus and pine trees, which do not naturally occur in Brazil. However, the researchers were surprised to find that ocelots also often reside at the edges of sugarcane fields. This could be due to the fact that ocelots occasionally prey on rodents that live in the fields. Overall, the study confirmed that protected forests on private lands are just as important for ocelot movement as any other protected area on public lands.

The ocelot symbolizes the tangible impact that land use policies can have on wildlife conservation. The dismantling of environmental regulations such as the New Forest Code will threaten not only critical wildlife habitat, but also the entire Amazon Rainforest and other important Brazilian ecosystems. Because most of the planet’s land is private, establishing and upholding environmental laws in these lands is essential to successful conservation.