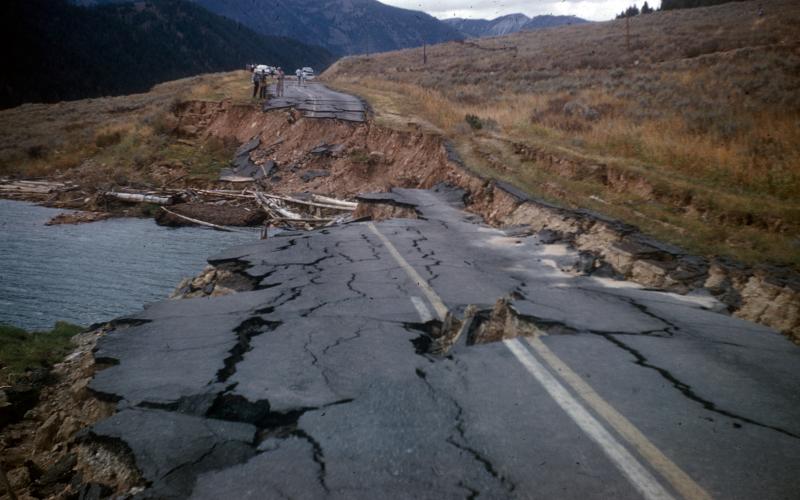 Something is stirring in Oklahoma, and it is happening right beneath residents’ feet. Over the past decade, Oklahoma’s citizens have seen a dramatic increase in the number of earthquakes. Indeed, Oklahoma’s seismic activity has increased 900-fold since 2009, making it the most seismically active area in the entire country. This activity comes with a host of environmental and local concerns for the Sooner State. Thankfully for Oklahomans, scientists have recently discovered a way to help them decrease the earthquakes in their state and bring them some peace of mind.

A recent article published in Science traces the source of these earthquakes back to the depth of wastewater injection from fracking. This wastewater, known as “flowback water”, is a cocktail of brine and other residue left over from the process of blasting shale that is required for extracting oil or gas. This “garbage water” has to go somewhere, and right now, it is being pumped far underground. In doing so, it is being injected too deep–close to what is known as the crystalline basement–which lead to a decreased amount of stress along the faults. When wastewater is pumped at a rapid pace away from human-occupied spaces, the pressurized fluids make their way downwards to where most earthquakes occur. From there, the effective stress along the fault line becomes reduced, causing the plates to slip and slide.

In the fall of 2016, a magnitude 5.8 earthquake emanated from the center of Pawnee, Oklahoma. Many buildings were damaged within a 300-mile radius, putting a crack in the courthouse of Kansas City, Missouri–two states away– and even causing a tremor in the home of someone in Fargo, North Dakota, 500 miles away. In Pawnee itself, the heart of the quake, a man was crushed by a falling chimney. This dramatic quake led to the immediate suspension of 37 wastewater disposal wells and a swell of litigation against well operators.

With the ground crumbling beneath their feet, Oklahoma regulators introduced emergency directives aimed at managing wastewater injection. While the rates of quakes slowed, they didn’t stop. This is where our scientists came in.

To understand why Oklahoma was still suffering from increased seismic activity, Thea Hincks and her fellow researchers developed a statistical tool that analyzed the joint effects of spatial, operational, geologic, and seismic parameters. By quantitatively evaluating correlations between the way different wells operate, they were able to tell at which depths injecting wastewater might increase the risk of seismic activity by acting as a catalyst for more earthquakes.

Their results showed that earthquakes were undoubtedly linked to proximity of injection to the crystalline basement and that the higher the injection the less likely an earthquake was to occur. Their results analyzed a six-year record of fluid injection, which allowed them to develop a comprehensive understanding of the controls that induced seismicity. Their findings provide a more thoughtful and holistic measurement of how wells interact with the natural environment. This is vital for regulatory decision makers assessing new polices under geologic uncertainty

Their model could be used by the authorities to identify where certain quakes might happen again and how to proactively prevent them. By implementing this science, Sooners will be better informed as to where earthquakes might happen because of wastewater injection and will be able to start working toward getting back on solid ground.