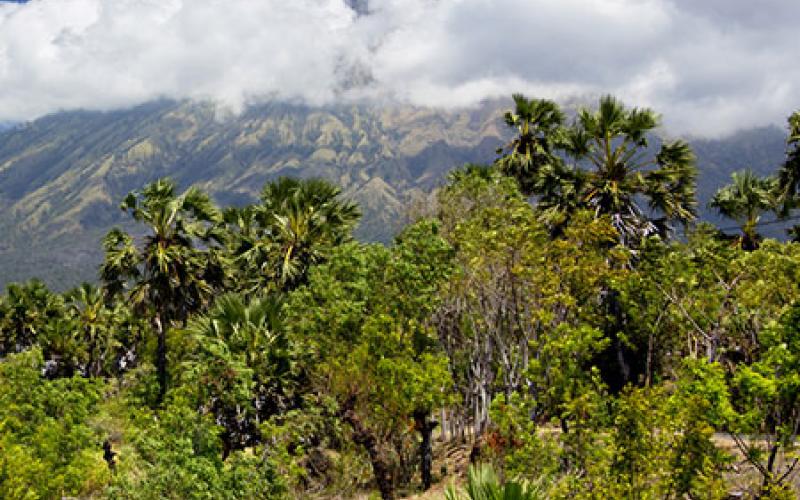 South-east Asia hosts some of the world's most biodiverse forests. In addition to their spectacular species richness, many of these forests also provide vital ecosystem services related to carbon storage, climate regulation, water security, and soil health. However, global market forces coupled with a strong push for regional development during the last two decades have led to massive conversion of forest land to non-forest purposes across the region. While such forest destruction have long been common knowledge, there had been no rigorous estimation of the actual extents of forests lost to large-scale industrial drivers.


A study published in the journal Conservation Letters found that four major industries — logging, fiber plantations, oil palm, and coal mining — contributed to nearly 45 percent of the total forest cover loss in Indonesia from 2000 to 2010. Contrary to popular belief, logging and fiber plantations — not oil palm — had the greatest relative impacts.
The research team of scientists from ETH Zurich, Princeton University, and University of Adelaide used Geographical Information Systems (GIS) tools to quantify forest loss from during the decade. Focusing on five islands (Sumatra, Kalimantan, Sulawesi, Moluccas, and Papua) that contained 97 percent of Indonesia's forest cover in 2010, the researchers compiled geospatial data on both forest cover and the locations and extent of the four industries. Together, the data were used to assess the reduction of forest cover due to each sector.
Of the total 15 million hectares (Mha) of forests lost during from 2000 to 2010, 6.6 Mha (~45 percent) was attributed to the above four industries. Logging concessions and fast-growing tree plantations for fiber contributed 1.9 and 1.8 Mha respectively. Oil palm came in a close third (1.6 Mha). However, patterns differed between Indonesian islands. For instance, proportional losses due to oil palm were highest in Kalimantan whereas fiber plantations were the primary culprit in Sumatra. These differences underscore the regional variation that should be accounted for during conservation planning.
The team also quantified relative losses in different forest types. Lowland forests were the worst hit, amounting to staggering reductions in carbon stock due to above-ground tree biomass loss. Gross carbon emissions as a result of forest loss within all four industrial sectors during the time span ranged from 4,577 to 8,662 metric tons CO2 — or 42 to 45 percent of carbon emissions from total forest loss.
Of the 77 Mha of forest that remained on these five Indonesian islands in 2010, nearly 35 percent is located within logging concessions. Further, logging concessions and fiber plantations also contained the biggest existing carbon stocks. The authors point out that without appropriate policy to regulate logging, most of this forest is likely to be lost in the near future.
In addition, considering that the study only covered four industries, the actual extent of forest loss might be even larger than estimated here. For example, other agro-industrial crops like rubber, coffee, and cacao and other mining activities (gold, copper) are also likely to contribute to ongoing forest losses.
Importantly, 55 percent of forest loss in Indonesia happened outside of these industrial activities. Identifying factors responsible for insidious smaller-scale losses that make-up this considerable proportion is a big conservation challenge. The researchers therefore highlight the need to develop detailed regional maps of land ownership and land-use across Indonesia to produce a comprehensive database for conservation monitoring.
Regardless of caveats, this study highlights the need to quantify forest loss in other biodiversity hotspots of the globe. Vast improvements in GIS technologies and easy access to satellite data today can help establish forest cover baselines and allow rigorous monitoring. GIS-based studies will have to be coupled with on-ground surveys and ecological field research to obtain a complete picture of the impacts of industries on forests and biodiversity.
Such information and data at multiple levels is an indispensable component of conservation planning and policy required to regulate forest loss in biodiversity hotspots within developing nations. Identifying industries that are the main contributors to deforestation is the first step towards developing more sustainable industrial practices.
Read more regarding:
Forests
Land Management & Land Use
Meghna Krishnadas