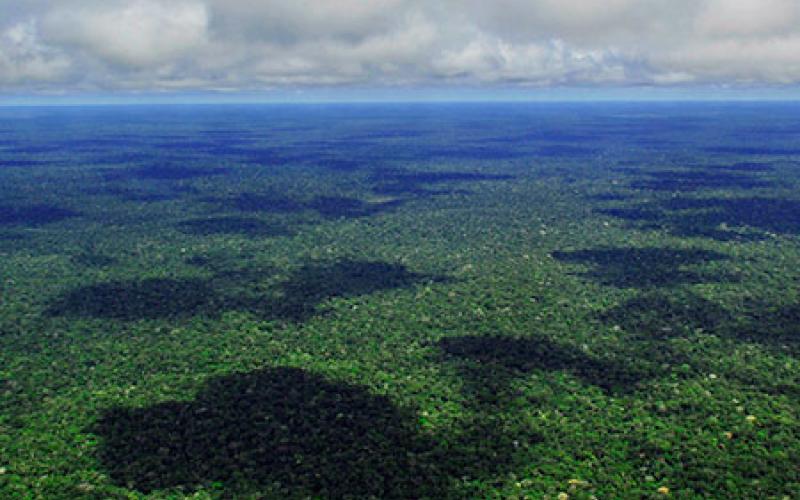 Regenerating tropical forests on abandoned crop fields and pastures is often praised as an important and significant means of lowering atmospheric carbon dioxide concentrations. However, factors that limit the growth of secondary forests, or forests that are re-growing on abandoned lands, are still being discovered. A recent study published in the journal Forest Ecology and Management furthers current understanding of forest regeneration by looking at regrowth patterns on two types of abandoned land — crop fields versus pastures.


The study was conducted in the Brazilian Amazon, which has historically had high rates of deforestation from expansion of agriculture and livestock raising. Past research suggests that the type of land-use that follows forest clearance influences the potential of tropical forests to regrow. Specifically, the method of natural vegetation removal, the duration that the land was used, and the frequency of activities such as burning or weeding all affect secondary growth.
To assess the different influences that crop fields versus pastures have on forest regrowth, researchers from the Agroforestry Research Center of Eastern Amazonia and the National Institute for Amazonian Research measured plant biomass in 24 different vegetation stands. Nine of the stands were abandoned agriculture fields, while the other 15 were abandoned pastures. The stands were anywhere between one and 15 years of age and represented a wide range of different land management practices and intensities.
After measuring the existing biomass in each stand, the researchers divided the total biomass values by the age of each stand to determine the annual growth rates. The researchers then calculated the average annual biomass growth for each of the two land-use types. The results show that forest on land that was previously pasture regrew 38 percent slower than land that was previously agricultural field. More specifically, six-year-old stands of secondary forest were found to hold an average of 50.3 metric tons of biomass for agricultural lands, whereas reforested pasture lands only held 31.1 metric tons of biomass.
Understanding how prior land use may limit future forest regeneration is important because the carbon dioxide sequestered during forest regrowth is often considered to offset greenhouse gas emissions in national carbon budgets. In the case that the projected greenhouse gas offsets do not occur, the true amount of emissions for any given nation may actually be higher than its reported value.
For example, Brazil's emission inventory from 1994 to 2002 used a rough estimate that secondary forests hold approximately 35 percent of the biomass of primary forests. Translating this value to an average annual growth rate of 22.4 metric tons of biomass per year greatly overestimates the values reported from this study — 8.2 metric tons of biomass per year for forest regeneration on croplands and 5.1 metric tons of biomass per year for forest regeneration of pastures. When the refined forest regrowth rates are applied to the areal estimates of tropical forests regenerated from 1994 to 2002 (8.6 percent croplands and 91.4 percent pasture), a much lower estimate of carbon sequestration from secondary forest regrowth emerges.
The authors note that the difference between the two values – the initial rough estimate on the one hand and the refined value based on prior land use on the other – is approximately 8.3% of total carbon dioxide emissions from Brazil in 2005. To put this in further perspective, the authors note that the discrepancy is roughly equivalent to the entire city of São Paulo's emissions in 2005, which represented approximately 10% of Brazil's national carbon dioxide emissions that year.
Without a proper grasp of the factors that influence forests' abilities to uptake carbon dioxide, projections of future atmospheric greenhouse gas reductions will be highly inaccurate. The reviewed study shows well the importance that refined understanding of forest ecology has on both national emission balances and the resultant climate change policy that may arise from them.
Read more regarding:
Land Management & Land Use
Forests
Jacob Bukoski