Justice on the land: An interview with Beth Rose Middleton 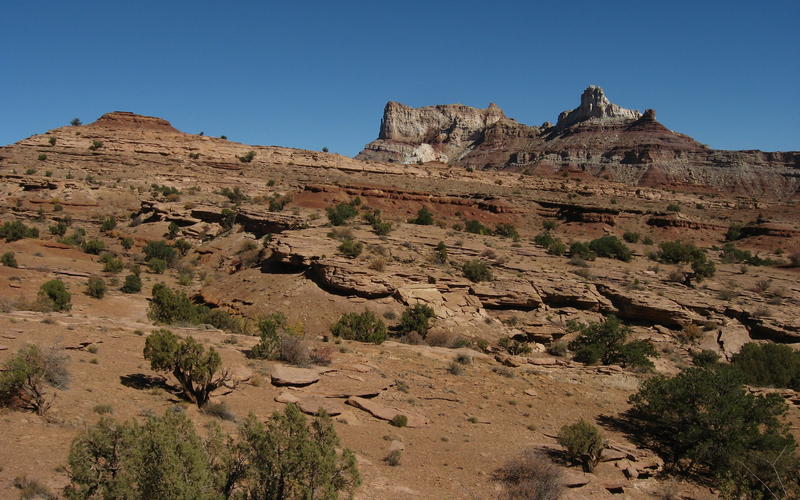 “Tribal sovereignty…looks like having your way of knowing, your epistemology, reflected in your homeland,” explains Dr. Beth Rose Middleton, professor of Native American studies at the University of California, Davis.  “We are writing our history on the land. Look around and you see…catastrophic fires, soil erosion, lowered water tables.” Our country, she continues “would look different if stewarded from a different way of knowing.” It would look different, she explains, if we had a relationship of reciprocity – if we took from the land but also gave back.

Dr. Middleton is from the foothills of the Sierra Nevada Mountains of California. In her early research on the Sierra she found beauty in the land of the gold rush. But she also found that the mining that began in the 19th century took far more from the land than it gave back. So, Dr. Middleton investigated other forms of land stewardship, including the Native American culture of respect that is central to their land ethic. Unfortunately, Native Americans have faced countless hardships. This includes the U.S. government severing Native Americans from their land.

Starting in 1758, Native Americans were moved onto reservations, often violently. For some tribes this land was geographically very distant from their ancestral lands. These reservations were then further fragmented by allotment - a process where reservations were divided into parcels to be owned by Native People in a manner consistent with Western European conceptions of property rights. Once reservation land was divided into parcels it could be sold to wealthy, non-native land buyers, of whom there were many.  Dr. Middleton’s work is informed by this history of colonization.

Dr. Middleton’s first book, Trust in the Land, highlights tribes that form their own land trusts or partner with existing trusts to “undo some of the damage and to get land back into tribal stewardship.” It was at one of these land trusts, the Ute Land Trust, where I first spoke with Dr. Middleton about strategies for protecting land for the Ute Tribe.

A land trust is a private nonprofit organization that can own land. They promote environmental conservation practices by creating easements – documents that direct how the land can, but mostly cannot, be developed. So, why land trusts? These easements can be created to conserve the environment and the culture that is rooted therein. For example, one of the Ute Land Trust’s projects was to protect six acres of land far from the Ute reservation in Utah. The land is in Colorado, which is where the Ute People had been removed from two centuries ago.

Dr. Middleton’s current area of research is about new, evolving tools for protecting land.  She is writing about a successful partnership between three entities: a commercial timber land holder, the Yurok tribe, and the Western Land Conservancy. The three worked together to purchase over-used timber land by selling carbon credits on the California Carbon Market (CCM). Forests, when properly managed, have the ability to store carbon from the atmosphere. The Yurok tribe will manage these lands in the hope of reducing atmospheric carbon, reviving the soil, and ultimately restoring the nearby river’s salmon populations. Dr. Middleton describes how supportive the transaction was for the sovereignty of the tribe. She hopes that her writing will lead to more land reclamation, restoration, and sovereignty for Native People.

Dr. Middleton is an Afro-Caribbean woman and is not indigenous herself. I question her about indigeneity and she gently responded: “people carry their roots where they are and…being indigenous is almost biological, and very rooted in a physical way.” So, to be biologically rooted to a place, as Native Americans are, it is critical to have access to ancestral land. Dr. Middleton’s work is ongoing – she will soon take part in a gathering about land conservation with the Haudenosaunee people in New York and continue her efforts to build reciprocal relationships with the land.