The insufficiency of mediations on land rights conflicts in the Global South: Lessons from Indonesia 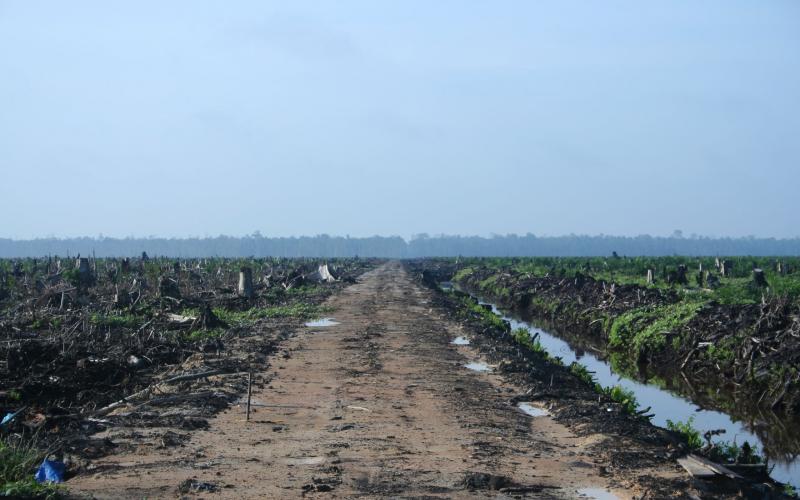 Land rights conflicts often involve resourceful players such as big plantations and powerful politicians. In some cases, their interests conflict with the interests of local communities. In Indonesia, some conflicts may last for decades and even cost lives. Conflicting parties often use third-party mediation because it offers room for negotiation outside the formal legal system. However, research shows that mediation is not enough to address the underlying causes of conflicts without systemic changes to property rights law and its enforcement. This conclusion applies even if conflicting parties have come to an agreement.

These findings are based on a joint publication between researchers from the Australian National University (ANU) and the United Nations Food and Agricultural Organization (FAO), published in Forest Policy and Economics. The authors focus on four successful mediation cases in Indonesia, two of which involved large-scale oil palm and pulpwood plantations. The conflicts in this study lasted between three to twenty years. The authors used interviews, discussions, and observations with various stakeholders to assess the effectiveness of mediation techniques. The stakeholders are local community members, large-scale plantation companies, governments, non-profits, and international mediators.

The authors argue that understanding the factors behind successful mediation requires identifying how conflicting parties obtain power. Power can take the form of political or economic influence. An example of political influence can be seen when local communities collaborate with transnational networks to pressure powerful plantations to enter the mediation process. The success of this process also requires mediators to be reliable and accountable. Seeing conflicts as political, and not just technical, can help us understand why some mediations are successful and some are not.

None of the studied mediations were immediately successful. Rather, change happened after parties addressed power imbalances. In all the successful Indonesian plantations’ conflicts the researchers studied, power shifting happened when bigger organizations such as NGOs helped empower local communities. Then, local communities intensified the conflict until their powerful opponents were forced to negotiate. This process of power shifting sometimes takes longer than a decade. The researchers argue that mediation would not have happened if stronger groups disregarded their public reputation, and if weaker groups were unable to exercise collective influence. Hence, most cases that involved smaller plantations were likely to remain unresolved, because they are less vulnerable to public disapproval than large-scale plantations. Only widely recognized plantations could be forced to level power imbalances in conflicts.

Furthermore, the authors argued that agreement is not the key feature of a successful conflict resolution. Big plantations and powerful politicians in Indonesia have the legal, political and financial resources to influence key actors in communities through methods such as bribery. This often results in unfair terms of agreement. Unfortunately, local communities often have no choice but to agree to these terms, because the alternative solution is a state-based legal system that poorly recognizes local land rights. In other words, there is systemic disempowerment that makes mediation politically and structurally imbalanced. This imbalance makes it so that settlement is often insufficient in resolving land rights conflicts.

In short, despite wide recognition of mediation’s benefits in conflict resolution, it remains incomplete without overall improvement in public policy. The cases from Indonesia deepen our understanding that environmental justice is more than a settlement on paper. Many countries in the Global South also use mediation to resolve land rights conflicts, so the results from this study could be applicable throughout the region.