How to combat electronic waste trafficking? The path may be tracking. 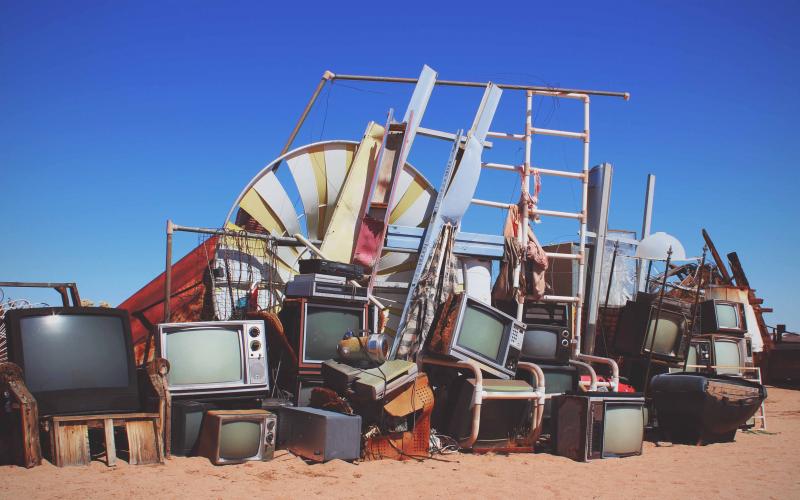 What happens to our used cellphones and computers? Lack of information on where to take e-waste and what happens to it are some of the key issues surrounding e-waste. When we, as consumers and environmentalists, learn that e-waste is recycled, we believe that it is wonderful news. In fact, most of e-waste ends up in developing countries where it is “recycled” manually in hash conditions, releasing strong toxics. This process contaminates the air, soil and water and affects human health, especially workers and vulnerable communities.

The capital of informal e-waste recycling is China. The recycling occurs mostly within poor communities, in which workers with no protection pick the electronics apart by hand. They remove the important metals and plastics and melt them together, releasing toxic chemicals in the atmosphere. The workers inhale these fumes directly, and the environmental pollution impacts surrounding communities. Electronic producing companies buy these recycled products back to create new electronics. Very often, the leftovers are burned. The wealthy are left with the most modern technology, and the poor with the contamination and exposure.

The Basel Convention is an international treaty created to deal with this issue. The convention forbids international trade of hazardous waste, including e-waste. It was created in 1989 and signed by 184 Countries, including the US, which is one of the few that did not ratify. However, it has a loophole - one of its amendments allows the trade of second handed electronics to permit greater access to technology for the poor. Under the guise of reusable electronics, many inoperable electronics are shipped to be irregularly discarded. Plus, as many International agreements, the compliance mechanism is non-binding and monitored by countries themselves.

To tackle the compliance of the convention, David Lee and fellow researches of MIT decided to partner with the Basel Action Network (BAN), an NGO monitoring the convention. They acted as spies, planting hidden trackers in old electronic devices. The researchers chose 17 CRT monitors, and altered used cellphones to act as tracking devices inside them. First, they certified that the monitors were no longer operable, and therefore they were not admitted as the exception in the convention. Then, the researchers left them in e-waste collection sites in LA.

The results of the research showed that 6 of the 17 monitors were smuggled to Asia, reaching Malaysia and China. They identified the main ports and entries, and that the routes were made by sea. The researchers also used satellite images to identify where the waste ended up, and the images varied from country sides to cities. Even though the US did not ratify, China, and Malaysia did. Therefore, the research demonstrated the non-compliance of the international law.

While the non-compliance of the law was already known, the research showed that tracking can be used to monitor the compliance and routes to facilitate enforcement. Having proof of the origins can also more targeted preventive action. Additionally, the results show that the Basel Convention would benefit from additional international agreements and regulations to implement tracking. Constant and transparent monitoring is important to share the knowledge of illegal e-waste trafficking between nations and also, to bring awareness to consumers. Only with greater awareness can this issue be truly resolved.