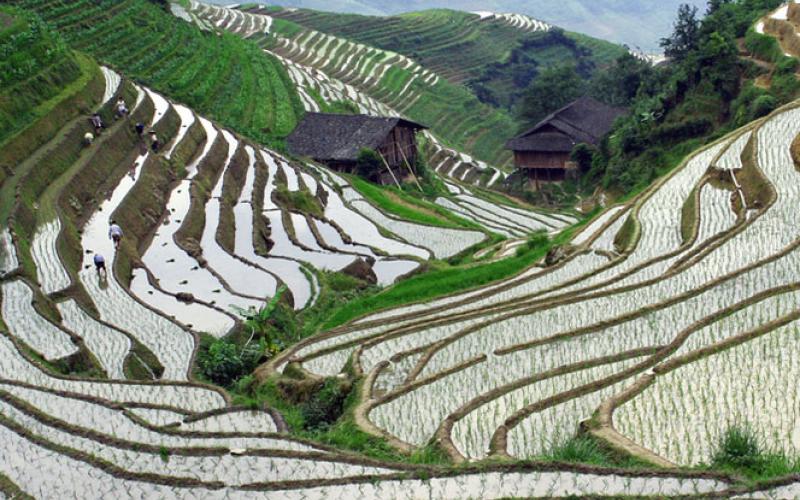 Since their emergence in the 1960s, formal Environmental Impact Assessments (EIAs) have become a widely adopted tool for governments worldwide looking to better understand the environmental implications of their decisions. These assessments reveal the possible impacts to water, air, wildlife, and other natural and cultural resources that could result from construction projects, land-use plans, and other proposals. With this information, decision-makers can then modify the proposal to reduce the environmental "footprint" before projects are approved. Decision-makers, however, enter the picture far earlier than at a "yea" or "nay" vote on a specific project or plan. Instead, broader economic policies and incentives, which may or may not undergo the EIA treatment themselves, go a long way in determining what types of projects and development make financial or legal sense. When countries take a closer look at the environmental impacts of their upper-level economic decisions, such as multilateral trade agreements, it may be possible to make tweaks with further-reaching environmental improvements, domestically and beyond.


Trade agreements are a particularly critical driver of natural resource pressures for export-oriented countries, as they bear the environmental costs of production. China, a prime example, is a country whose export economy is responsible for 24.43 percent of its total sulfur dioxide emissions and 30.82 percent of its CO2 emissions. Although China has utilized EIAs in governmental decision-making in some form since 1979, its EIA laws cover only projects, industry development plans and land-use decisions, not the primary economic rules of the game.
In a recent study published in the journal Environmental Impact Assessment Review, four researchers from Beijing Normal University in China and Aalborg University in Denmark reviewed four case-studies of "trial" EIAs completed for Chinese national trade and tax policies. Through these cases, they hoped to gauge the tool's effectiveness for tackling trade-related pollution, deforestation, water scarcity, and other concerns within China's borders. The case studies, representing different geographical scales, demonstrate four different EIA approaches: Each links economic programs to changes in type and level of production, then connects those production shifts to changes in environmental stressors. Drawing from the findings of the four cases and from other countries' experiences with EIAs for economic policies, the authors recommend a framework in which China deploys EIAs in its trade agreement negotiations and other economic decision-making.
The results from the four case studies range from provincially specific to national, but all highlight the economic-environmental chains of logic that make possible a meaningful EIA. One case projected changes in volume, location, and variety of rice production likely to follow trade liberalization and China's membership in the World Trade Organization. Japonica rice cultivation was expected to expand in the arid northern part of the country, putting strain on water resources and wetlands. Fertilizer use, too, could rise as imports became cheaper, putting water quality at risk. On the other hand, falling production of indica rice in the south would actually lower national net CO2 emissions. Another, after-the-fact, assessment confirmed that changes in a tax rebate policy designed to discourage heavy-polluting industries succeeded, but that a previous, more modest version of the policy did not. Identification of possible problem areas from a particular policy can pave the road for targeted efforts to reduce impacts. For example, support for agricultural extension programs could help temper use of cheaper fertilizer.
The study offers caveats with its findings: EIA practitioners are often better-versed in engineering than economics, and predicting the on-the-ground consequences of market-related changes is critical for EIAs of economic policies. Findings can be complicated, too, by longer-term economic trends: While a trade agreement might incentivize "dirty" industry in the short term, economic growth and improved standards of living may also motivate countries to focus more on environmental protection in the future. Finally, environmental problems that do not recognize geographical boundaries (e.g., climate change) may call for a different approach. EIAs of trade agreements will need to consider impacts beyond national borders to avoid simply "shifting the problem." None of these points take away from the conclusion that the environment and the economy are intertwined, and acknowledging that in formal policy can make for smarter planning.
Read more regarding:
Policy & Business
Sarah Sugar