A good life for everyone, except the planet? 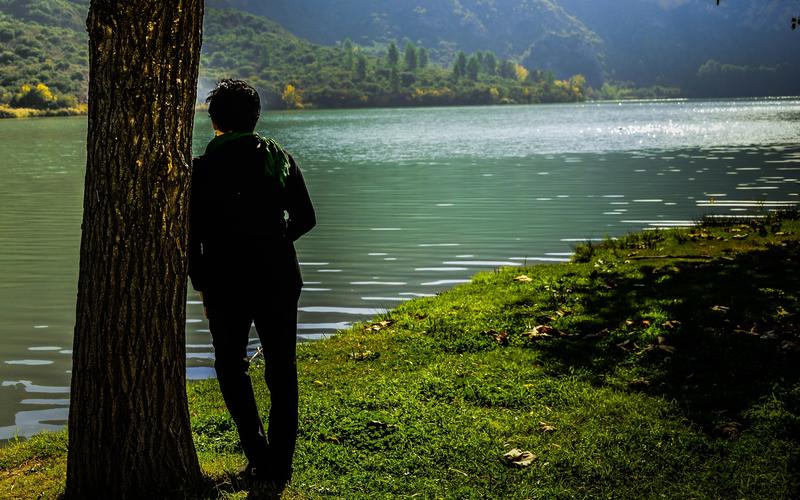 More than seven billion people currently live on Earth. Humanity strives to attain happiness, health and prosperity. Does the planet have the resources to support its inhabitants? The UN projects that the global population will rise to 9.8 billion people by 2050. Considering this scenario, we need to remember that our planet has boundaries. Crossing them puts human life at risk.

The magnitude of resource consumption and its relationship to quality of life are highly pressing issues. In a unique study published in Nature Sustainability, Dr. Daniel O’Neill and colleagues from the University of Leeds aimed to address these issues by quantifying the link between indicators of social performance and environmental pressures.

Indicators of social performance include the possession of basic needs such as nutrition, electricity, and sanitation as well as more complex well-being measures like self-reported life satisfaction. For each of the social indicators, researchers defined a national threshold that represents a “good life”. As an example, the indicator of social support - a measure of whether people have family or friends to count on in times of need - was given a threshold of 90 percent based on data from the 2015 World Happiness Report.

To quantify environmental pressure indicators, the researchers defined per capita boundaries, which are understood as “safe environmental ceilings” of resource use. To do so, they distributed shares of planetary boundaries among nations based on their population. For instance, the study considered two degree Celsius of global warming a planetary boundary. They calculated that each person’s annual carbon emissions cannot exceed 1.6 tons of carbon dioxide to stay below this boundary.

With the social and environmental data in hand, O’Neill and colleagues assessed the performance of 150 countries, reflecting how nations use their resources to achieve well-being. Their results are not very optimistic.

The study did not find a single country that is meeting all social indicators without crossing environmental boundaries. Countries such as Austria, Germany, and the Netherlands achieve perfect scores for all the “good life” indicators. However, the reason they are scoring well on the social side is because they are devouring the planet’s resources. The United States is also a good example of this practice. In order to achieve a score of 7 out of 10 on the well-being scale, Americans must cross all seven environmental boundaries.

Conversely, countries that do very well on environmental indicators do not perform well on social indicators. Examples include Sri Lanka, Malawi, and the Philippines. The only country that gets close to balancing social well-being and environmental protection is Vietnam, which achieves 6 of the 11 social indicators. Yet, each person in the country is exceeding the carbon emissions limit by more than half a ton.

Does this mean that we cannot all enjoy a decent life without damaging the planet? Or that environmental protection prevents us from enjoying a “good life”? Hopefully, the answer to these questions is no. A surprising result of the study is that all countries can safely provide basic needs such as access to food, sanitation, and energy for 7 billion people without crossing planetary boundaries. Notably, this can be achieved with existing technology, infrastructure, governments, and markets.

However, this is not true to for the universal achievement of high life-satisfaction indicators that are associated with high resource use. The study found that for all people to enjoy higher life-satisfaction levels within environmental limits, production and consumption systems need to be two to six times more efficient and equitable. This includes developing products with longer lifetimes and moving towards less-polluting forms of food and energy (e.g. renewable energy).

Interestingly, O’Neill and colleagues argue that there is a point after which increased consumption contributes little to human well-being. This means that resource use could be reduced in many wealthy countries without undermining their people’s well-being, freeing up resources for less privileged countries. Measures that require fewer resources and positively affect life satisfaction include achieving income equality and increasing freedom to make life choices.

The great challenge of our generation may be to redefine a “good life” in a way that is consistent with the amount of resources the planet can sustain. As the study shows, failure to more towards less consumptive lifestyles and more efficient and equitable structures would continue to steer us on the path of self-destruction.