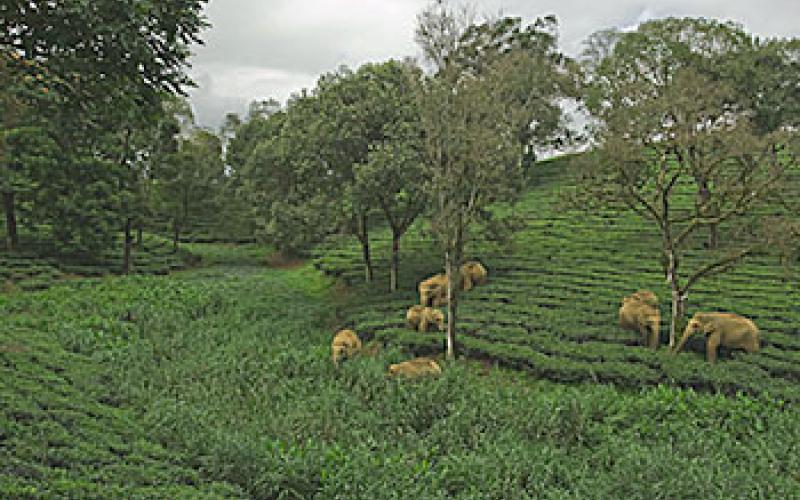 We live in the Anthropocene. Humans today are a persistent force driving species extinctions — a job profile previously attributed to ice ages and giant meteorites. However, not all species respond quite the same when humans change the habitats that animals live in. Some do better than others. A crucial goal of conservation science is to figure out why this is so.


Why some groups of animals are more sensitive to changes in their living conditions is a complex question. Even within a group like birds or mammals, species differ in their response to similar human-induced changes, and we don't always know why. This makes it hard to robustly predict how human land-use change will affect biodiversity overall. To answer these questions, scientists from the United Nations Environment Programme's World Conservation Monitoring Centre and the Natural History Museum in London conducted a global synthesis to check how four major groups of organisms — invertebrates, 'herptiles' (reptiles and amphibians), mammals, and birds — respond to multiple human pressures in tropical and sub-tropical forests. Patterns in field-based studies have long led ecologists to expect that species traits govern their abilities to survive in a changing environment. The study provides the first comprehensive assessment of this at a global scale for 4,000 species.
The researchers combined three kinds of data. First, they collated empirical data on the abundance of species from existing scientific papers. They gathered information on the typical habitats of each species and their geographical range extents from these studies, to classify them as habitat specialists or generalists. Finally, using remotely-sensed images, they classified change in vegetation since the year 2000, and the land-use in each of the sites from which they had species data into primary vegetation (intact/undisturbed), secondary vegetation (regrowth after disturbance), wood plantation, cropland, pasture, or urban. Within these land-uses they estimated human population densities.
In general, all groups of animals were more likely to persist when forest cover increased in the landscape. Birds and mammals appeared to be more sensitive to land-use change than reptiles and amphibians. But it was also found that species characteristics led to common patterns across groups. Wide-ranging species were more likely to be found in a variety of land-uses. The difference was especially stark in urban environments, croplands, and plantation forests in which the narrow-ranging species seem to be the worst hit. A species' degree of affinity to a habitat also mattered. Among bird and mammals, forest specialists were restricted to primary forest and are unlikely to be found in secondary forest, wood plantations, cropland, and urban habitats. Non-specialists, on the other hand, managed to hang on in human-modified habitats. Specialists also declined rapidly in areas where human populations increased and where forest cover decreased.
The study also tested if species numbers or abundances changed with human modification of landscapes. Species that persisted in modified areas often increased in abundance there, presumably taking over the space left vacant by specialists that couldn't survive.
Data limitations led to variable confidence in the results across different land-use and habitat types. Given that most ecological studies are conducted in better quality forests or wild habitats, information is less available for human-modified areas. Nonetheless, this study has broken new ground in combining the use of large datasets in species occurrences and remotely-sensed information on land-use patterns to show us which species might be at greater risk from human alterations of habitats. Importantly, they also link these changes to species characteristics like geographical range and degree of affinity for specific habitats.
These methods can now be extended to other parts of the world to further examine the generality of species' response to land-use change. Importantly, this study has emphasized the need for scientists working in different parts of the world to pool their data to arrive at general principles in animal response to human-induced habitat change to better inform conservation practice.
How human societies choose to further modify earth's land and whether we will prevent consequent declines in biodiversity will rely on social and political processes. We cannot predict how this will go, but knowing how our actions impact species across the globe is a crucial first step in conservation planning.
Read more regarding:
Forests
Land Management & Land Use
Conservation, Biodiversity & Oceans
Meghna Krishnadas