Food waste: It’s about what you choose to eat 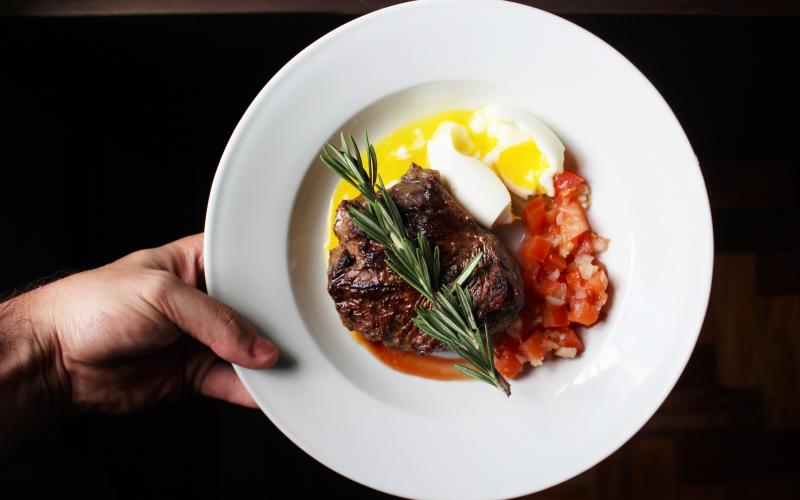 American diets are changing. While plant-based diets are becoming trendy, the typical diet for many Americans is still largely meat-based. Producing meat requires large amounts of land, and this same amount of land could produce far more plant products to feed many more people. Using land more efficiently would produce more food than is lost in the existing supply chain system. Currently, food is lost or wasted all along the supply chain, including problems in harvesting, storing, packing, and transport. If Americans were to switch to a plant-based diet, the conversion of using land for meat production to using land for plant production would produce enough food to feed 350 million more people. This amount of food greatly exceeds the amount of food that is lost in the food supply chain system. A new study published in the Proceedings of the National Academy of Sciences by Alon Shepon and his colleagues examines the difference in land use efficiency between animal-based items consumed in the USA and nutritionally similar plant-based replacement diets. They use the economic concept of “opportunity cost”, which represents the food loss if Americans chose to eat the animal products over the more resource efficient plant products. Remarkably, they find that the amount of land required to produce 100 grams of plant-based protein can only produce 4 grams of beef protein. This is an “opportunity food loss” (OFL) of 96 grams or 96% of plant-based protein.

Shepon and his colleagues analyzed 60 edible plants, including lentils, spinach, walnuts, and garlic, and computationally looked for combinations that, when chosen in the right proportions, provide a nutritionally equivalent profile to beef, pork, dairy, poultry, and eggs. The OFL for pork is 90%, while dairy’s is 75%. Poultry and eggs have a slightly higher score, at 50% and 40%, respectively. Besides obtaining OFL scores equivalent to the animal products, the team found that plant-based foods that offer the same number of calories and proteins as their animal counterparts also deliver more micronutrients such as iron, vitamin B6 and vitamin E than a similar amount of animal-based food. Diverting agricultural land from producing meat to supporting plant-based diets could massively increase the amount of food available for consumption.

Shepon and his colleagues also examined the economic impacts in a scenario where all Americans shifted to a plant-based diet. Predicting the full economic and social benefits that can be derived from these population-level dietary shifts is difficult.  However, this transition could improve human health and reduce greenhouse gas (GHG) emissions, ultimately saving approximately 80 billion dollars annually. Economic effects would differ in countries with different animal agriculture systems and consumption patterns. In pasture-based systems where cattle graze on unproductive pastureland and provide additional food, the opportunity cost may favor animal products over plant protein.

Shifting toward a more plant-based diet will be met with resistance. However, Americans do have the power to bring about change. When we choose to consume plant-based foods, we share resources more equitably and commit to using farm land more effectively. Embracing this opportunity requires us to shift toward a more communal mindset. Our collective, conscious choice to eat more plant-based foods could change the food production system to more than supplement the amount of food lost in the conventional food loss supply chain and provide one way forward to a greener future.