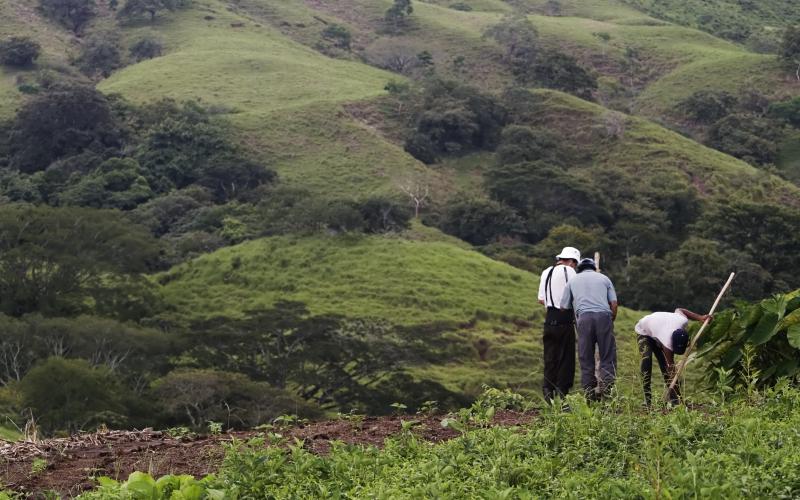 How can we create incentives for preserving forests that are stronger than the economic incentives to cut them down? Forest conservation projects around the world have often separated local people from their forest-based livelihoods, creating resentment and undermining the long-term conservation aims. One emerging strategy for generating income for local populations is a program known as payment for ecosystem services (PES), which aims to monetize (and therefore adequately value) the ecological services that forests provide, such as sequestering carbon, providing habitat, and protecting watersheds. If landowners can make money by keeping their forest standing, the thinking goes, they might be more likely to conserve it than log it.

Controversies around PES programs center around two issues. The first concerns questions over whether certified lands are actually providing the ecosystem services being paid for. (For example, how much carbon are the trees actually sequestering? Is the forest actually providing high-quality habitat?). These questions are a matter of ecological metrics, and can be answered through researching the forest ecosystem. The second question is whether the appropriate people are receiving the payment. In other words, are the people who actually own the land and caring for it receiving the PES payments, or are the wealthy and well-connected exploiting the system? This second question is one of social equity, and can be answered through social science research into the politics, economics, and history of the area in which the PES program is being implemented.

A recent article published in Human Ecology, “Understanding Smallholder Participation in Payments for Ecosystem Services: the case of Costa Rica,” dives into the second question, especially the potential of PES to help the poorest landowners. The author, David Lansing, is an expert in market-based conservation programs — including PES and carbon offsets — and specializes in the study of the interaction of conservation policy with rural livelihoods. For the article, Lansing analyzed the demographic profiles of the smallholder farmers enrolled in PES in the Sarapiquí, Siquerres, and Guácimo districts of Costa Rica to determine whether PES was successfully reaching poor and marginalized smallholder farmers. The Costa Rican government is making an effort to enroll smallholders, but as Lansing explains, “a farmer with small landholdings, however, does not necessarily equate to a marginalized or poor one, so it is important to understand the relative wealth, livelihood, and land use factors that are associated with smallholders who currently do enroll in PES.”

Lansing was especially interested in understanding the extent to which farmers on government land participate in the program. Costa Rica implemented an agrarian reform program in 1962 to help the landless poor, creating an Agrarian Reform Institute (the Spanish acronym is IDA — Instituto de Desarollo Rural), which bought large land tracts, subdivided them and made them available to landless farmers at low rates. Farmers on IDA land are usually among the poorest in the country. Therefore, IDA farmers are a good proxy for poor or marginalized farmers, and the degree to which they participate in the PES program may indicate the degree to which the poorest households are being reached by the program.

Lansing used household surveys to collect information on demographic information (such as age of household head, number and age of household members), land qualities and use (farm size, number of acres in forest, agriculture, pasture, and fallow land), and income (total incomes, whether this income came from professional work or not, etc.). In addition, he created a relative wealth ranking, which is a technique of rapid rural appraisal that assigns households to a locally relevant wealth category. He then used statistical methods to gain a sense of the actual distribution of characteristics (demographics, land qualities, and income) between PES farmers and non-PES farmers — and to understand which characteristics were predictive of participation in PES.

Overall, the households in the “wealthy” category were twice as likely to be enrolled in PES as those in the “medium” and “poor” wealth ranking. The results of the survey showed that most of the farmers who enrolled in PES had other incomes from city jobs and were not trying to grow most of their food or generate the majority of their income from the land. The PES households in general had a higher income (overall twice the income of non-PES farmers) and the heads of households were better educated than those not participating in PES. In addition, the study found that farmers on IDA land were 54.1 percent less likely to be enrolled in PES. In considering reasons why IDA farmers would not be in PES, Lansing draws attention to the “financial burdens and cultural capital” required to navigate the PES program. Although the program is meant to eventually pay farmers, farmers often had to pay legal fees to resolve land issues and to navigate other aspects of the bureaucracy. As a result, farmers who were wealthier, well connected, and had a better understanding of the process were much more successful at completing the certification process.

Lansing’s results indicated that the smallholder farmers who have currently registered for the PES program actually share many socioeconomic characteristics with large and wealthy farmers. On the whole, the group participating at the highest rate seems to be “the professional salaried hobby farmer,” many of whom were treating PES as a retirement strategy. Ironically, the smallholders who were benefitting from the program were those who were least in need of extra income.