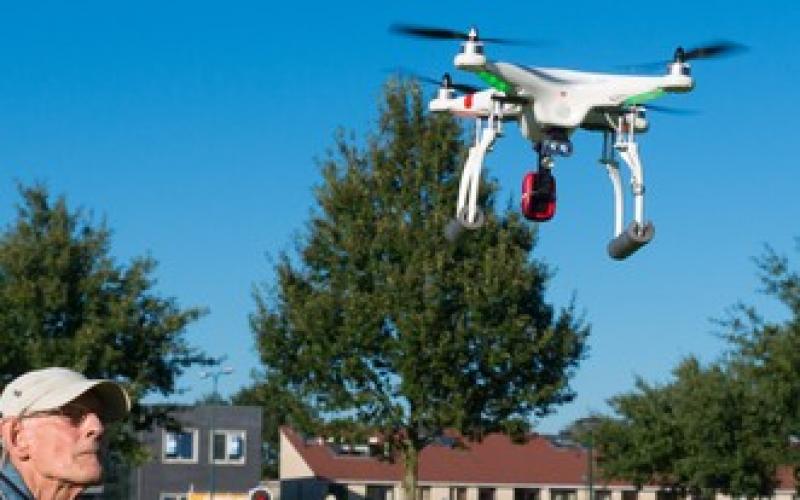 In order to support efforts in developing countries to monitor deforestation, assess biodiversity, and map landscape changes, scientists and researchers will need innovative and cost-effective new tools. Traditional studies of land use changes utilize remote-sensing satellite imagery, which is both expensive and time consuming. However, aerial surveillance drones may be an up-and-coming gamechanger for monitoring conservation efforts.

Researchers from the University of Adelaide and Liverpool John Moores University teamed up to address this growing need for improved visual monitoring at final spatial scales. The researchers recently published their results and evaluation of an innovative new tool, called a "Conservation Drone," in Tropical Conservation Science.
Their innovative new tool, the conservation drone, is an autonomous unpiloted aircraft that, for less than $2,000, will be able to collect video and photographic data, which can be used to create maps of land cover, monitor poaching and other illegal human activities, and also to track large animal populations. The drone has a software guided autopilot global position system (GPS) with a Canon camera attached inside the fuselage to capture images on specified time intervals. The Conservation Drone can also record videos using a GoPro camera with shockproof protective casings. The tough exterior and weatherability of the camera lends itself to application in the field of conservation and ecology.

The Conservation Drone may be a disruptive technology in the study of tropical forests. These ecosystems have long been heralded as global reserves for species diversity. Besides providing critical habitat for many endangered species, tropical forests play an important role in the mitigating climate change through the carbon cycle. When trees are harvested, the stored carbon is in the form of atmospheric carbon emissions. Deforestation contributes an estimated 15% of global anthropogenic greenhouse gas emissions. With deforestation rates averaging around 13 million hectares a year for the last decade, destruction of global forests is playing a significant role in contributing to climate change.

The drones have been designed to be used easily by non-specialists and can take off with a light toss. In field tests, 32 missions were completed at a 100% success rate. The drone is able to fly at over 15 km hr-1 for over 25 km collecting data. Test conditions revealed, however, that the drone should only be used with wind speeds less than 10 km hr-1 to ensure data accuracy.

Aerial photos and videos from this project are already yielding interesting data. Because of the high resolution, aerial images can pick up even relatively small crop plots in addition to fire roads, trails, and logging activity to detect land use changes. The researchers propose that perhaps the drone data could also be used to ground-truth satellite images. Besides land use changes, the drone is able to look at wildlife abundance and distribution. The camera was able to spot animals as large as elephants and as small as turtles.

The high success rate of the drone spells out a promising picture for conservation mapping and monitoring. This low-cost alternative could mean large savings for conservation workers and researchers. Additionally, lowering the cost of monitoring could make this technology available in developing regions with little access to research funding, or in areas like South East Asia where rapid forest losses and land use changes are occurring to make way for industrialized palm oil production.  Finally, this little drone runs on batteries, which could translate to a large decrease in the carbon footprint of the conservation studies themselves.