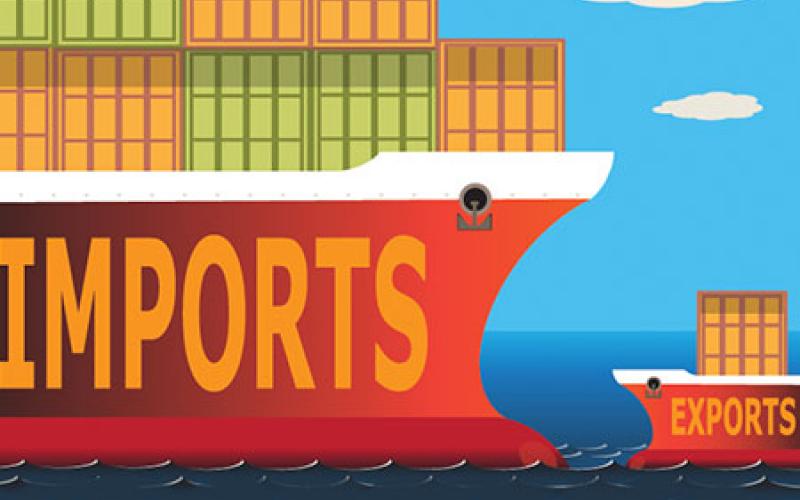 Alleviating the international food crisis demands the study of global food supply.  Given the increasing interconnectedness of countries worldwide, the massive consumption of goods in one country often exerts pressure not only on its own arable land but also on arable land in other countries. Studying how arable land is used in global consumption and production is, therefore, crucial in addressing the issues of food security and land deficit.

In a recent study, Guoqian Chen of Peking University demonstrated the result of his team's analysis on arable land use trade in the Land Use Policy journal. Chen used the Input-Output Analysis, a method that connects resource flows and environmental impacts, to study the relationship between arable land use to the production of both the intermediate products and final goods for 189 economies. In this study, the global trade of goods represents the international trade of arable land used for consumption and production. The study differentiates between those goods that go into intermediate products — those that require further processing for final consumption of the society — and final goods — those that are ready for social consumption. It is the first time researchers have examined the trade pattern of how arable land is used for the production of intermediate products and final goods.

Second, the volume of arable land used in the trade of intermediate products is almost twice as large as that of final goods. This means that arable land is more often used in the production of goods to be further processed, not goods to be finally consumed. This reveals that many countries are highly dependent on the exports of intermediate products. Given the existing scarcity of resource in many places, countries, especially emerging economies, find themselves lacking a strong domestic industrial structure to prevent further deficit of arable land.


In conclusion, this study provides a direct way to visualize the existing trade pattern of a country and to facilitate the understanding of the impact of a country's trade structure on its food security and resource scarcity. While the researchers demonstrate how many countries are facing a trade imbalance as they rely heavily on the export of intermediate products, it can also be seen under a different light. Instead of relying on the same trade structure that exacerbates domestic land use issues, countries should explore ways to adjust their trade structures to prevent further land deficit while participating in the global supply chain. In short, to be the top dogs of the global supply chain, the underdogs have to embrace some serious physical transformation.
Read more regarding:
Policy & Business
Land Management & Land Use
Shi Yi
Distinctions:
Editor's Choice Finalist