The cost of convenience: robot vacuums require more energy than you think 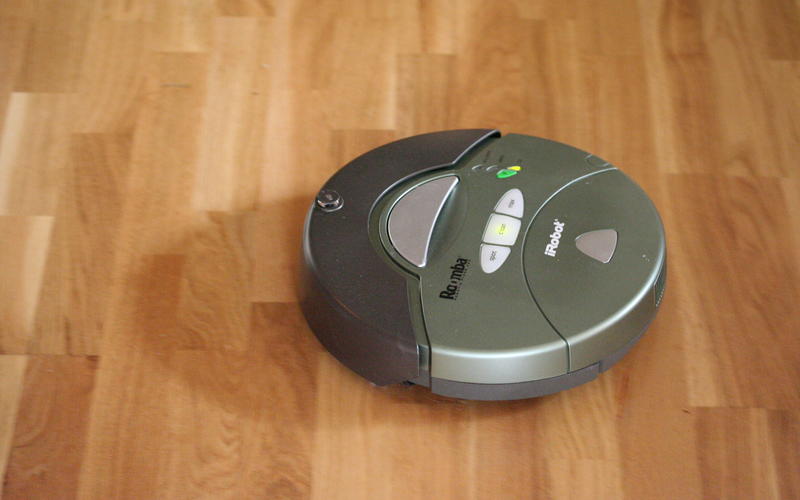 Scuttle Bug, RoRo, Flat Bob, Happiness, and Sam. While these might be what you’d call the family pet, they are just some of the names affectionately bestowed on robotic vacuums. In the case of RoRo, one set of Australian parents have turned looking for the “robovac” into a game for their children. If RoRo isn’t in his “bed” (a.k.a. charging socket) when the family gets home, the children race to find him. For some, these robovacs might as well be the family pet of the 21st century. After all, it’s not as fun to play hide-and-seek with the microwave.

For many, the autonomy of a robovac makes cleaning an entertainment. But, does it actually clean the house? And how does its energy use compare with a traditional vacuum cleaner?

Let’s begin with the 1900s, which researchers have dubbed the era of “Industrial Revolution” inside the home. Domestic spaces were outfitted with electricity and supported new technologies like automatic dishwashers, televisions, and the regular use of upright vacuums. Now, one century later—the 2000s—the “Digital Revolution” of household life is upon us. While the first wave alleviated manual labor in the home, this second wave automated it with Smart Home Technologies (SHTs). Not only do these smart devices connect to the internet, but you can manage them with your smartphone and even schedule when your front door locks at night.

Smart Home Technologies (SHTs) offer two types of benefits. The most well-known are lifestyle benefits, such as comfort, convenience, or safety. Other benefits—though less center-stage—are environmental, since these products are marketed as more energy-efficient than their traditional counterparts. The most widely adapted appliance from this suite of Smart Home Technologies (SHTs) are robotic vacuums, or robovacs. Currently, there are more than 10 million robovacs in circulation worldwide. One group of Australian researchers investigated the social and environmental impact of these specific smart devices. By conducting a series of in-home interviews and participant-led “technology tours” in Australian households, the researchers analyzed the relationship between robovacs, standards of cleanliness, and overall energy consumption, to interesting results.

While robovacs are promoted as more energy-efficient, the authors discovered that households with these devices actually consumed more electricity. When compared to manual vacuums, robotic vacuum cleaners use less electricity per unit of time, which explains why robovacs can be defined as “energy-saving” appliances. However, despite the expectation that robotic vacuums would replace manual ones, the authors discovered that owners continued to use traditional vacuums for “proper” cleaning. The robovac, while fun, was ultimately the less efficient of the two and functioned only as a supplement. Influenced by the entertainment or emotional value of these devices, most households accepted the deficiencies of their robovacs and closed the gap with additional human effort. As a result, rather than decrease energy use, the robotic vacuum increased overall energy consumption in the home.

So, why have a robovac if it ups your resource use (and your electric bill)? According to these researchers, the answer is simple: increased standards of cleanliness. The researchers observed that robovacs, advertised in clutter-free spaces, may be driving aspirations for a cleaner home. While tidiness trends change over time, the authors claim that Smart Home Technologies encourage a new type of spotless domesticity. This is demonstrated by the interviewees in this study, who frequently commented on the social unacceptability of mess marked by “annoying” crumbs or anxiety-inducing pet hair on the floor. For these households, robotic vacuums cater to this ideal of cleanliness, even if traditional vacuums are the ones doing most of the work.

Currently, overall environmental impact does not factor into the definition of “smart” devices. While Smart Home Technologies have the potential to reduce energy demand, this study reveals—at least in the case of robot vacuums—a reality of increased energy use inside in the home. Whether it’s due to higher standards of cleanliness or to the emotional attachment users have with these devices, this study demonstrates that it’s time to reconsider the hidden, environmental costs of Smart Home convenience.