Charge your car, fill your pockets: The benefits of vehicle-to-grid energy storage 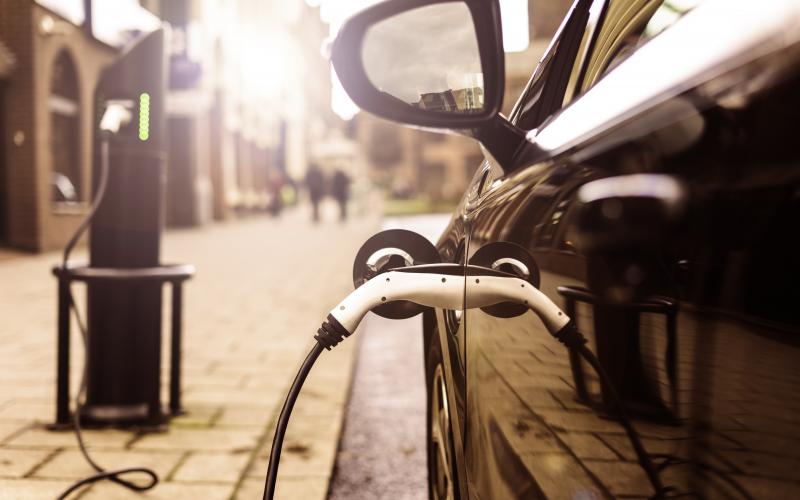 The electric vehicle (EV) revolution is taking the world by storm. The promise of increased safety, energy independence, and reduced tailpipe emissions is convincing. Add to that sleek designs and falling prices, and advocates have persuaded many drivers that EVs will fundamentally transform the transport sector. But there may be additional benefits. Researchers are considering how EVs could reduce peak electricity demand and help stabilize the grid — and earn a profit for their owners at the same time.

Gerad Freeman and his colleagues from the University of Rochester and Hobart and William Smith College considered how much EV owners could earn by selling electricity back to the grid. Their study, published in the journal Energy Policy, outlines several scenarios through which a Tesla Model S or Chevrolet Bolt owner could earn profits by using their car battery as both an energy sink and an energy resource. The premise for each scenario is simple: buy low, sell high. The savvy EV owner would follow four steps: charge the vehicle at home at night when electricity prices are low, commute to work, plug in the vehicle and potentially sell excess electricity back to the grid when prices are high during peak demand, then return home and repeat.

The researchers considered three options: price-taker, arbitrage-guided, and user-defined scenarios. In the price-tracker scenario, the EV owner would sell excess electricity to the grid during work hours no matter the prevailing price. In the arbitrage-guided scenario, the participant would only sell electricity back to the grid if current market prices are higher than the owner’s overall charging costs. This total cost includes both the charging costs and the additional degradation costs of the battery from increased usage. In the user-defined scenario, a participant would set a price in the beginning of the year and only sell back to the grid if the prevailing market prices were higher than this defined price.

To test these scenarios, the researchers looked to the New York City electricity market, as the Big Apple has the most registered drivers in the U.S. Northeast. They set up a five-year economic model and used hourly electricity prices from 2010 to 2014. Relying on previous literature for assumptions on average commuting distances, the researchers calculated available excess electricity in the Tesla and Chevrolet 60 kWh batteries (which give a range of 200 miles). In the second part of the study, they considered the economic impact of a $50 per metric ton carbon tax.

The study makes three key assumptions. First, the model focused on energy sales only. This means that the researchers did not account for potential revenues from so-called “ancillary services.” These services include balancing grid frequency by allowing electricity to flow through the car battery or providing instant capacity at a moment’s notice. The researchers argued that a small portion of the EV market would saturate the ancillary services market, and therefore profits from energy sales have more potential. Second, the study assumes that EV owners have perfect foresight. With perfect insights, owners under the user-defined scenario can set the profit-maximizing price for the year ahead. It’s easy to see how this last assumption could lead to deviations in practice. Lastly, EV owners were assumed to have smart-grid technology at home and so-called “aggregators” were supposed to allow individuals to participate in the wholesale electricity market.

The researchers found that current economic benefits for vehicle-to-grid storage are unlikely to create sufficient incentives for the general public to purchase EVs, even with an added carbon tax. The first “price-taker” scenario led to losses, because the EV owners could not recover their costs. The second scenario created modest profits of around $130 a year. However, compared to the $60,000 price tag of a Tesla Model S or even the $36,000 of a Chevy Bolt, those profits still seem negligible. The third scenario led to the highest profits of around $200 a year. Without perfect foresight into the electricity prices, however, even those profits could be reduced.

In conclusion, the researchers suggest that although the economic incentive isn’t convincing at this time, the positive trend in savings potential is encouraging and could lead to a stronger economic argument in the future. More collaboration between manufacturers, policymakers and EV advocates is needed to spur economic incentives and let EVs run the roads.