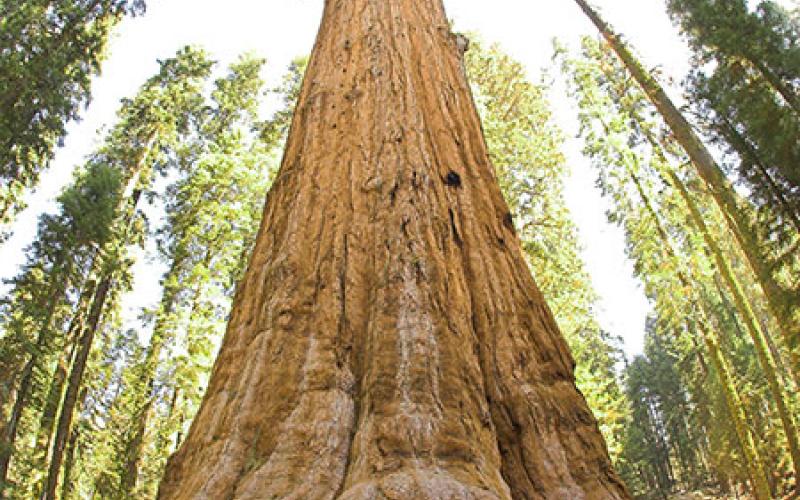 Among the many factors that influence our climate, the atmospheric concentration of greenhouse gases like carbon dioxide plays a central role. While the role of trees in capturing carbon dioxide through photosynthesis is well known, our understanding of how efficiently trees pull carbon out of the atmosphere throughout their lifetime is still incomplete. In a recent study, scientists found that while tree growth rates — and thus carbon capture rates — slowed with increasing tree size at the stand level and at the leaf level, they overwhelmingly increased with size at the scale of the individual tree.


Their analysis confirms that large trees can capture carbon more efficiently than smaller-sized trees.
In the study, published in the journal Nature, a global team of researchers collected successive measurements of more than 650,000 tree trunks from more than 400 species on all forested continents, on average five to 10 years apart. The scientists then used statistical methods to identify the relationship between growth rate and mass.
Traditionally, two conflicting viewpoints about tree growth have coexisted.  One view was that after an initial increase in growth rate, trees would grow more slowly as they age. Another theory posits that growth rates should increase with increasing tree size. The study results support the latter, showing that in most cases growth rates increase as trees age. This was found to be true for 87 percent of the species reviewed. For the group of largest trees in the study, scientists observed this phenomenon in 97 percent of the species. This translates into a growth rate nearly three times faster for trees with a trunk diameter of 100 centimeters (39 inches) than for trees with a 50-centimeter (20-inch) diameter within a species.
The scientists further explain the apparent paradox between the declining stand/leaf productivity and the increasing tree productivity. They rationalize that while leaves grow slower as trees age, the increase in the number of leaves more than makes up for the decline. For example, citing previous studies, they point out that the mass of leaves on a typical tree can grow 100-fold for a 10-fold increase in tree diameter. At the scale of the tree stand, the authors suggest that decreasing productivity can be explained by the death of trees leading to a decrease in tree density in a given even-aged stand.
This study breaks new ground in explaining the contribution of trees to the terrestrial carbon cycle. This approach will allow the scientific community to refine carbon cycling models. From a management standpoint, policy makers should be able to turn to this study and future studies like this one to inform decisions relevant to climate change mitigation efforts. These findings should also support conservation efforts in old-growth forests subject to development pressure.
The research team was led by Nathan Stephenson of the United States Geological Survey, and included scientists from 30 research groups throughout the world, including institutions in Germany, France, Colombia, and China.
Read more regarding:
Forests
Climate Change & Energy
Veronique Bourg-Meyer