Can urban forests provide a pathway out of poverty? 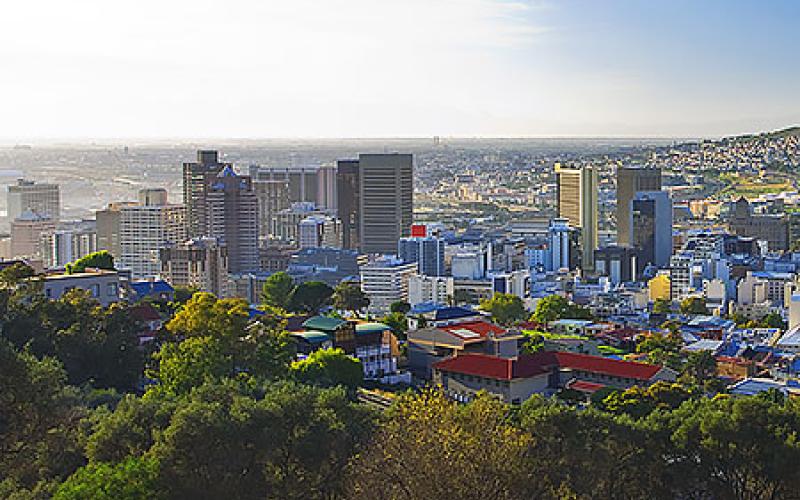 Forests provide more than just timber. People from around the globe use non-timber forest products (NTFPs) — including physical products such as firewood, herbal medicines, fruits, seeds, and smaller wood for building — in their daily lives. Then there are other non-physical services they provide such as carbon sequestration, water filtration, and shade. Most research on these uses has been done in rural communities where poverty levels are highest. However, the nexus of poverty is shifting to cities due to an increase in urbanization, and there is a need for further research into the viability of urban NTFPs. Because urban NTFPs are an evolving research area, some scientists pose the question: can these products truly provide a pathway out of poverty, or are they a poverty trap? A recent study sought to address this uncertainty by examining how urban NTFPs contribute to the overall economy of three towns in South Africa.

In the paper published in Forest Policy and Economics, researchers Humphrey Kaoma and Charlie Shackleton from Rhodes University tested the following hypotheses: 1. There are significant levels of NTFP collection in urban areas because of the widespread markets and demand for NTFPs there; and 2. Collection and consumption of urban NTFPs are greatest in the poorest areas since there are fewer alternative income sources available. The researchers surveyed 450 households in the towns of Bela Bela, Tzaneen, and Zeerust on the extent of their urban NTFP collection and consumption. The surveyors asked questions about the types and quantities of tree products that were collected and sold, and household demographics.

The results showed that urban NTFPs contributed to 20 percent of the total household income throughout the three towns. Of all the NTFPs collected, used, and sold, firewood contributed the most value as more than 90 percent of households use firewood for cooking and heating their homes. Informal settlements without access to electricity used firewood the most. Fruit was the next most commonly used and sold NTFP. Nearly 50 percent of the total fruit consumed was collected from local, urban trees. The least commonly used NTFP was small timber for building. Respondents said that wild harvested poles are generally thinner and less straight than poles that can be purchased from a retailer.

These outcomes supported the authors’ first hypothesis because there were significant levels of NTFP use in these urban areas, and NTFPs represented a major portion of the total income portfolio. Furthermore, the proportion of households living below the poverty line decreased by 5 to 10 percent when NTFPs were included in income estimates. The study also supported the second hypothesis, since it was the poorest communities that benefitted the most from urban NTFPs. NTFPs accounted for up to 33 percent of total income in the poorest households, while they only accounted for 14 to 17 percent of total income in the wealthier households. Members of wealthier households had typically been living in the towns longer than members of poorer households, and therefore had more time to diversify their income sources. Despite the difference, the researchers acknowledged that NTFP use is not purely about economics. NTFPs have cultural uses that transcend socioeconomic boundaries.

One suggestion that arose from this study is that urban planners should take NTFPs into account during the land acquisition process. Sufficient land is needed to maintain adequate stocks of trees, especially for firewood. Urban households can consume up to 7.5 tons of firewood per year for cooking alone, therefore access to firewood is imperative to food security. Insufficient forest land is one reason communities in South African suburbs can live below the poverty line. Therefore, ensuring enough land for urban households to gather NTFPs is a cost-effective strategy for poverty mitigation.

This study illustrates the importance of an often overlooked resource. In the context of this South African study area, urban communities use NTFPs extensively enough to account for a fifth of household income on average. For the urban poor, NTFPs can help keep many above the poverty line. Thus, access to NTFPs and sufficient land for their harvest is critical to the sustainability of many livelihoods.