Can the Chinese economy take on a renewable energy revolution? 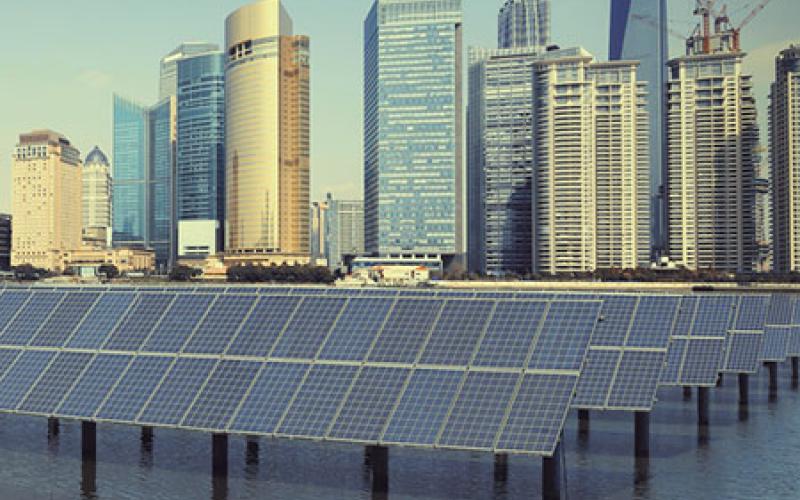 The 1.4 billion Chinese have to confront a brutal reality: their astronomical energy demand will not be satisfied by the nation's fossil fuel resources. The loss of natural habitat and the growing concern about climate change impacts add further uncertainties to the country's energy future. Since 2009, China has responded to its growing energy and environmental challenges by reducing carbon emissions and expanding the use of alternative energy sources. Most recently, China pledged that its non-fossil fuel energy will account for 20 percent of the country's primary energy sources by 2030. However, a drastic growth in renewable energy development may cloud China's economic future. Many studies have tried to connect the dots between renewable energy consumption and economic growth. Yet, the connection is unclear.

The baseline scenario reflects a moderate pace of renewable energy growth, forecasted by top Chinese research institutes. The second scenario assumes a dramatic growth in solar, wind, and biomass and a substantial decrease in coal and oil. This progressive scenario will have three consequences in 2050. First, non-fossil power sector will experience tremendous growth, reaching a total value added of US$1.18 trillion (equivalent to 3.4 percent of the GDP). Second, industries that construct renewable technologies such as wind turbines and solar panels will also experience substantial growth and job creation. The renewable energy sector will generate value added of US$302 billion and create 4.12 million jobs in the upstream industries. Third, fossil fuel industries and energy intensive sectors such as mining and constructions will be negatively impacted. In particular, the coal mining industry will see its output fall by 52 percent, along with a loss of one million jobs.

Fortunately, the negative impact in the drastic renewable energy growth scenario will be largely counteracted by the increase in demand for goods that are less energy-intensive. Moreover, such a large-scale development can remarkably stop carbon emissions from growing by 2025, fulfilling a recent pledge by Chinese President Xi Jinping to curb emissions. In the end, large-scale renewable energy growth will only lead to an estimated 0.3 to 1.5 percent drop in GDP and household consumption. It will position the non-fossil power sector to be a mainstay industry, equivalent to 3.4 percent of the GDP, surpassing industries such as agriculture, iron, and steel.

Dai and his colleagues also proposed a three-tier roadmap to achieving China's ambitious goal of renewable energy development. From now until 2020, renewable energy sector will mature and enter into an era of rapid growth in the 2020s. The decade between 2020 and 2030 will be marked by rapid penetration for renewable energy due to cost reduction.From 2030 to 2050, renewable energy will replace fossil fuel as the dominant energy source.

Despite the improvements made, this study contains a few limitations. It only considers renewable energy in the context of power sector as a substitute for coal. The huge potential for renewable energy to substitute petroleum in the transportation sector has not been considered. Also, the model plays down the impact of international trade. Foreign supply and Chinese export of renewable energy may significantly change the result of the model. Lastly, the highly weather-dependent nature of solar and wind energy is not accounted for by the model. More studies are needed to address the aforementioned limitations.