Amounts of burned areas have declined globally, but is it a good thing? 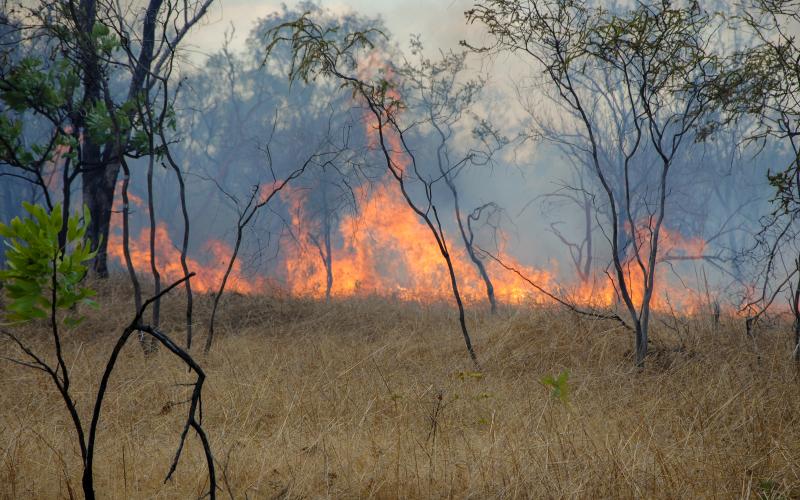 In the summer of 2017, in California, more than 1 million acres burned and the human death toll related to forest fires reached 43. Such figures might lead people to assume that forest fires are getting more intense and common globally. However, a recent article published in Science shows that the amount of burned area declined by about 25 percent globally between 1998 and 2015. Human activity, and not climate change, seems to be the main driver of this trend, the authors found.

For the study, published in the journal Science, the international team of researchers, led by NASA scientist Niels Andela, used remotely sensed data from the last two decades to study trends in burned areas. The applications of remote sensing, which uses satellite images to observe the Earth from space, are increasing; it is especially useful for monitoring natural and human changes to a landscape like flooding, erosion, land use change, and wildfires. For the study, the researchers examined spatial and temporal relationships between burned area and socioeconomic data.

The authors found that trends in burned area are unevenly distributed across the globe. Grasslands and tropical savannas located in South America, Africa, and the Asian steppe show the largest decline. On the other hand, closed-canopy forests have undergone slight increases in annual burned area. Yet, the overall trend is a striking. There is a 25-percent decrease in burned areas globally.

Though rainfall explained a lot of the annual variability in the amount of burned area, it did not explain long-term trends. When the researchers overlaid burned areas with population, cropland area and livestock density, they found that intensive farming, from both livestock and crops, is correlated with lower burned area. The only exceptions to this trend were in regions where farming practices include crop residue burning, such as in some parts of India and China. According to the study, transformation from forest and agroforestry landscapes to intensive farms accounts for the decline in burned area. Intensive farming increases as population and GDP increase, which explains the declining trend and means it is likely to continue.

The authors report that capital-intensive agriculture expansion fueled by socioeconomic development is a major factor influencing global burned area. Permanent agriculture transforms savannas into intensive cropland and, as a consequence, rural populations abandon traditional fire management of remaining grasslands. This is good news. More agricultural activity increases food supplies in resource scarce areas and reduces the carbon released to the atmosphere from burning. Hence, croplands bring food security and improve air quality. However, at the same time, grasslands are unique ecosystems with high levels of biodiversity. Their diverse structure and exceptional biodiversity are a direct consequence of repeated and frequent wildfires.

Grasslands are a good example of the contradiction between climate change and conservation. Fewer wildfires in grasslands are a direct consequence of significant land use changes: on the one hand, this can be bad since it implies a loss in forest surface and biodiversity. But, on the other hand, this decline in fires may offset the CO2 release from farming activities.

These results stand in contradiction to some state-of-the art prediction models that forecast an increase in global burned areas as global temperatures rise. The paper concludes that these prediction tools don’t consider the huge impact of growing human pressure and land use change in grasslands regions. The results of this study prove that human activity is the most important driver of wildfire frequency and intensity and this offsets the warming and drying effects of climate change.